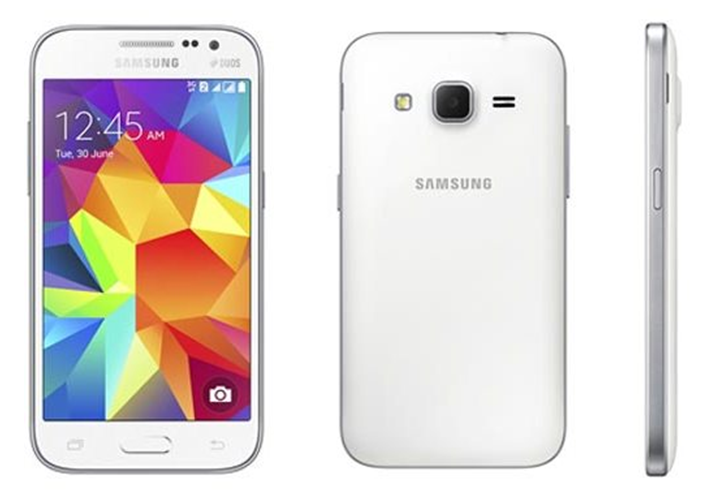 There is 8GB of inbuilt storage which can be expanded up to 128GB using microSD card. The handset sports a 5 mega pixel rear camera and a 2 mega pixel front facing camera. It is backed up by a 2000mAh battery and comes with Ultra Power Saving Mode which is claimed to offer up to 1.2 days of standby time with just 10 percent battery. Connectivity options include 3G, Wi-Fi, Bluetooth, GPS and Micro-USB. It measures 8.8mm in thickness and comes with proximity and accelerometer sensors.

The Samsung Galaxy Core Prime VE is listed on company’s official website priced at Rs. 8,600. While the availability status of the device says ‘stock is not available currently’, there is ‘notify me’ option through which users will be notified when the smartphone will be available to buy.