Wickedleak comes up with an Octa core processor from MediaTek first time. The Wickedleak Wammy Neo is the new in Octa core category. The device comes in black and white colour and priced so aggressively INR 11,990 only. The device will go on sale officially from 15 June. The 5-inch display of the smartphone comes with Dragon Trail glass on top and the company also announced  an another variant of the smartphone with Aqua Protect Technology that will make it water resistant. The Wickedleak Wammy Neo is probably most affordable smartphone running on Octa core processor from MediaTek. 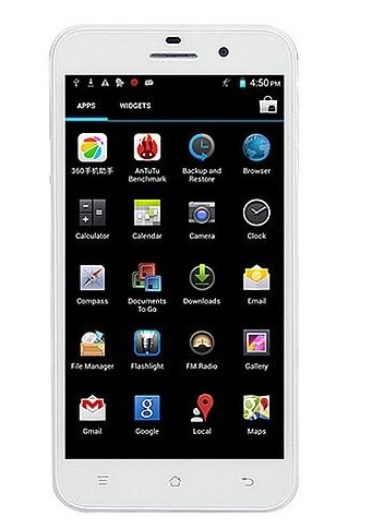 Talking about complete specifications of Wammy Neo, it has a 5-inch HD display along with 1280*720pixel resolution screen. There is a 1.7GHz Octa core MediaTek processor along with 2GB RAM on board. On the back of the smartphone, it has 8-megapixel rear camera with LED Flash, there is a 2-megapixel front camera as well for video calling and selfie.

The Wammy Neo has 2200mAh battery on board which gives it standby of up to 5-6 days.

The Wickedleak is not an established smartphones brand among users. By keeping the prices of devices low, it is trying to get the momentum in Indian market. At the price tag of 12K the Wammy Neo surely comes with some high end features that other brand’s smartphone like Micromax Canvas knight, Panasonic P81 offers a little bit higher price than this.