Amkette has launched its Android-based media streaming device, called the Amkette EvoTV2, in the Indian market. The device lets users stream content like TV shows, movies, videos and photos from their smartphone or tablet onto TV over Wi-Fi.

It provides its users with access to around 200 apps with a number of movies, songs and games. The interface of the device is easy to use interface and it also comes with EVO TV App Store that has curated content. 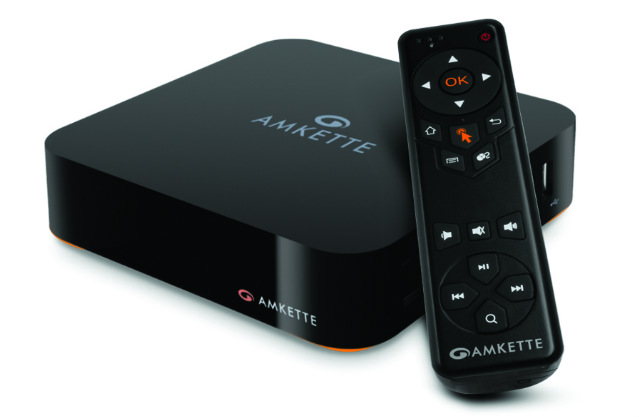 As far as specifications are concerned, it is powered by a 1.6GHz ARM Cortex A5 processor paired with ARM Mali 450 MP4 GPU and 1GB of RAM. The device runs Android operating system and houses 8GB of inbuilt memory. The device also comes with 4 USB ports which can be used to plug up to 2TB external hard drive or flash drive. Connectivity options which the device offers, include Bluetooth, Wi-Fi, ethernet and HDMI. 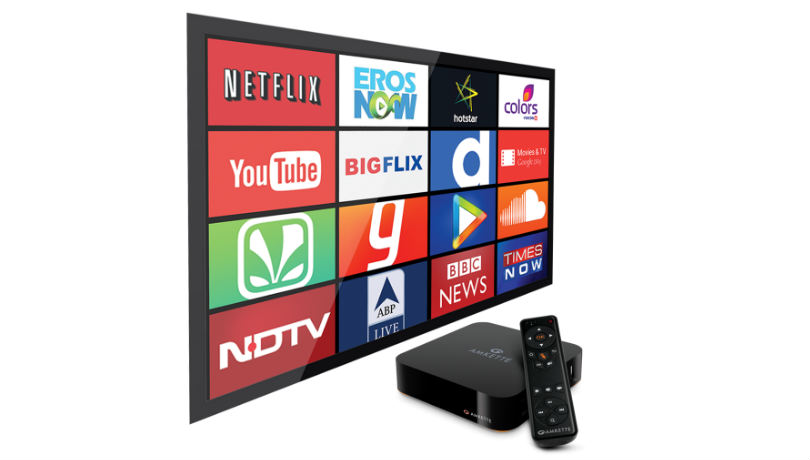 The device comes with a YouTube Casting feature that allows users to get the best YouTube experience by simply launching the YouTube app on any of their devices (Android, iPhone, iPad, or even PC) and click the cast button. It also works with AirPlay for iPhones and Macs. The EvoTV 2 also comes with 7.1 Digital Surround Sound. There is KODI app pre-loaded on the device that lets users organize and beautify their media library.

It offers a wide range of national and international TV shows like MTV Roadies X4, Ye Hai Mohabbatein, Siya ke Raam, The Kapil Sharma Show, The Walking Dead, Sherlock, Game of Thrones and House of Cards, among others.

The Amkette EvoTV2 is priced at Rs. 6,999 and can be grabbed from online retailer Snapdeal. It will available to buy at a promotional price of Rs. 6,499, for first month. You can buy it at best price from here: