Asus has launched a refreshed range of its TUF range of laptops at the ongoing CES 2019 in Las Vegas. The new laptops come with MIL-STD-810G military-grade build and 1080p FreeSync displays. Additionally, the gaming laptops are now powered by AMD Ryzen 2 3550H APU and Radeon RX 560X discrete graphics (instead of Intel and Nvidia). Read more to find about Asus TUF Laptops Price in India, Specifications, and Features 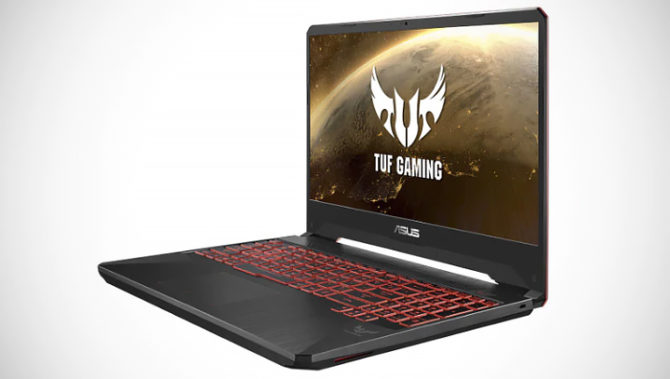 The new gaming laptops will be launched within the first quarter of 2019. As of now, there is no information about the price. The original Asus TUF Laptops were launched in India in November 2018.

Both laptops are backed by up to 32GB RAM and a 512GB PCIe SSD/ 1TB FireCuda SSHD storage. Additional features include a 7.1-channel virtual surround sound and HDMI 2.0 output.

In terms of design, the Asus TUF laptops sport an RGB backlit keyboard with a WASD keycap design and Overstroke technology (claims to register keystrokes faster than an average keyboard).

The gaming laptops are designed to work in ‘extreme conditions’ and come with a MIL-STD-810G military-grade build. The company claims that the new laptops can survive accidental drops or excessive manhandling.

The new move to AMD might be a cost-cutting measure from Acer, without compromising on the performance. The older models came with up to GTX 1060 GPUs (similar to the AMD RX 560X GPU, in terms of performance). We will have to wait and see how the new laptops perform in real-world situations.

What do you think of the design and specs of the new gaming laptops? Will you pick up the Asus TUF laptops? Share your views with us in the comments section below.