BlackBerry the king of qwerty handsets today on 16th July 2013 launched their latest entrant to the BlackBerry 10 smartphone series and the budget friendly – BlackBerry Q5 at an event in New Delhi. Q5 is the cheapest BB10 running handset available out there which provides an awesome qwerty experience as is the best alternative to Q10, company’s high profile smartphone.

BlackBerry Q5 features an awesome qwerty keyboard which provides one of the best typing experience with an youthful design. It also has a 3.1 inches touchscreen display which makes it for the BB10 gestures and provide best of both worlds in one device. BlackBerry Q5 comes with the BlackBerry 10.1 software upgrade pre-installed with all the BB10 features like Time Shift, BlackBerry Hub, Story Maker, BBM and the other 120,000 applications from the BlackBerry World which shall be compatible with the Q5 as well. BlackBerry aims this model especially to the youth who want BBM, qwerty keyboard with some really cool colors. Q5 will be available in Pure Black, Pure White and Pure Red color options for 24,990 from authorized retailers in India from 20th July 2013. 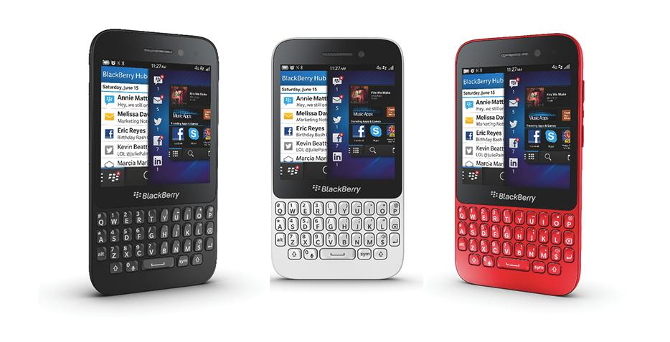 After Z10 and the Q10 and their highly incorrect pricing, we think though BlackBerry managed to go down but still Q5 is pricey. Something kind of 9220 here could have done the magic but sigh they lost it once again. BlackBerry Q5 no doubt is a good smartphone which even though being at the lower end feels premium but 25k for this hardware and software combo is too vague for targeting the youth. At a similar price point, we can have some top notch Android smartphones which could be a better value for money for example even today S3 not to forget which was smartphone of the year 2012 comes for about this much price can be a better deal.
In the same price window we can get Huawei Ascend Mate the 6.1 inch Android running phablet with powerful specification packed inside for 25 grands to combine performance, design and size if one is looking for such handsets. Other than this we have the Samsung Galaxy Mega 5.8 for ₹23,699 or the Nokia Lumia 820 for 21k running the Windows Phone 8.