Fitbit has announced its foray into the Indian market. The company has launched several products such as Fitbit Surge, Fitbit Charge HR, Fitbit Charge, Fitbit Flex, Fitbit One, Fitbit Zip and Fitbit Aria Wi-Fi Smart Scale. Prices of the devices range between Rs 3,990 to Rs. 19,990.

These Fitbit products are targeted towards the fitness freaks across the country who want to reach their fitness goals while also keeping a track on them. The products track activities of the users such as distance traveled, calories burnt and steps taken as well as inform when goals which were set are accomplished. 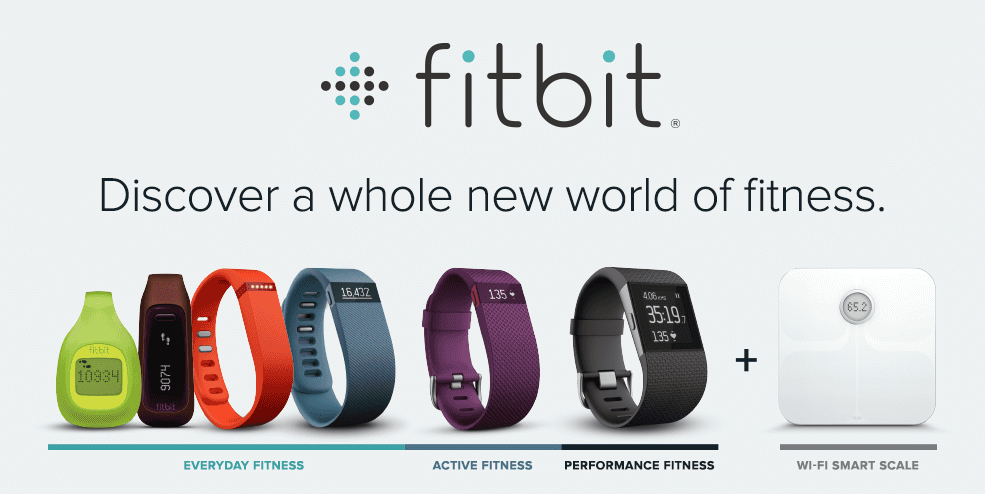 Besides tracking fitness activities, this smartwatch comes with heart rate tracking monitor to track hear rate of the user. It has a backlit LCD display. On a single charge, the Fitbit Surge can last for up to 7 days. It also boasts of in-built GPS and eight sensor technology. It will be available in Black, Blue and Tangerine color options.

The Charge HR features PurePulse optical heart rate technology for tracking heart rate. It gives overall health insight to the users by giving the stats such as steps climbed, distance traveled, floors climbed, calories burnt and active minutes. It can survive up to 5 days on a single charge. It will go on sale in Black, Plum, Blue and Tangerine color options.

This wristband tracks all fitness activities of the user and shows real-time fitness stats on its OLED display. It comes with called ID functionality and can last for up to 7-10 days on a single charge. This wearable can be grabbed in Black and Blue color options.

This clip based tracker has battery life of up to 10-14 days. It also performs functions like tracking sleep and activities. The available color options for this device are Black and Burgundy.

The Fitbit Zip is also a clip based activity tracker and offers up to 6 months of battery life. It can be grabbed in Charcoal and Magenta colors.

The Aria is essentially a scale which gives the stats about weight, BMI, body fat percentage. It also syncs the stats with online graphs and tools and gives an overview of progress to the users over longer period of time. Available color options for this device are White and Black.