Flipkart Big Billion Day sale is offering discounts and offers on smartphones, tablets, and other devices. You can get 10 percent additional cashback via SBI debit and credit card users on a minimum transaction of Rs 4,999 (maximum discount of Rs 1,500 per single transaction). Flipkart is also offering exchange offers and no-cost EMI options on select payment methods. This is a great opportunity to grab premium devices at discount price. Read more to find about Great Deals In Flipkart Big Billion Days Sale: Samsung Galaxy S7, iPhone 7 and More 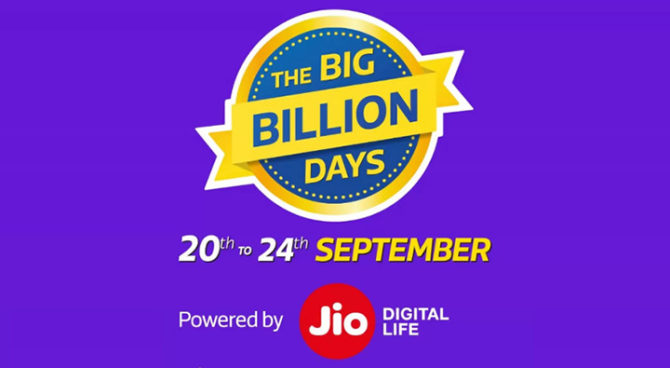 The Samsung Galaxy S7 32GB is now available on Flipkart at Rs 29,990 (down from Rs 46,000). Additionally, you can get up to Rs 23,000 off in exchange value. Flipkart is also offering buyback guarantee for just Rs. 9 extra. It promises to buy your phone for Rs 15,000 later on. Also, a one-time screen replacement scheme of 1 year is available for Rs 990. Flipkart claims that you can potentially get the Galaxy S7 at an effective price of Rs 5,990.

The Samsung Galaxy S7 features a 5.1-inch Quad HD display. It is powered by the Exynos 8890 processor and 4GB RAM. On the camera front, it sports a 12MP rear camera and a 5MP front camera.

Flipkart is also offering Apple AirPods at a discounted price of Rs 9,999 (down from Rs 12,900). The wireless earphones can be seamlessly paired with iPhones, iPads and Macs. They can also be paired with other Bluetooth enabled phones.

The AirPods ship with a charging case which also doubles up as a carrying case. They automatically turn off when you take them out of your ears and include microphones on both sides.

As part of the Flipkart Big Billion Day sale, the JBL Cinema SB150 soundbar is available at Rs 10,999 (down from Rs 24,990). The soundbar can be a great addition to your gaming station or big-screen TV. It comes with a subwoofer and the soundbar. You can wirelessly pair it with mobile devices via a Bluetooth connection.