Fujifilm has added yet another mirrorless camera in its line-up. The new X-series camera comes with a 26.1-megapixel X-Trans CMOS sensor and 4K/60fps 10-bit video recording capabilities. It brings several upgrades over its predecessor (Fujifilm XT-2). Read more to find about Fujifilm X-T3 Mirrorless Camera Price in India, Specifications, and Features 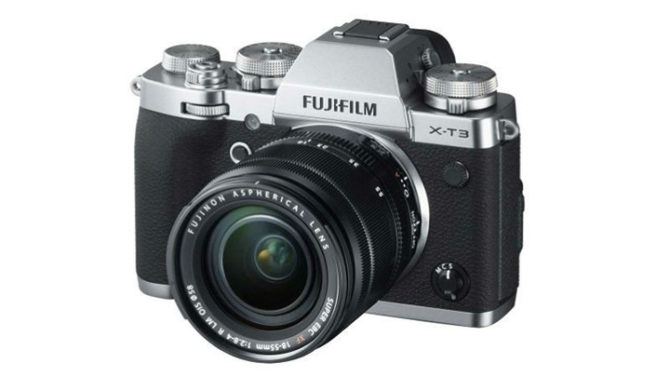 The Fujifilm X-T3 comes with an ISO range of 160 – 12800 (can be extended to 80 – 51200). The phase detection AF area expands to the entire sensor. Since the low-light autofocus limit has been extended from -1EV to -3EV,  the PDAF can be used in low light conditions.

The company claims that the Fujifilm X-T3 is the first APS-C mirrorless camera to support 4K/60fps 10-bit video capture. The faster read speed on the sensor enables fast 17ms reading of 4K/60fps video. Additionally, the rolling shutter distortion has been reduced for better recording of fast-moving subjects.

The new mirrorless camera also supports for 10-bit color depth which boosts the amount of color information by 64 times (compared to 8-bit depth). The company claims that the combination of 10-bit color depth and 400 percent (roughly 12 stops) dynamic range allows users to capture rich gradation (such as a sunset landscape).

The 3.69-million-dot Evolved electronic viewfinder (EVF) comes with a high magnification ratio of 0.75 times. The display time lag on the high-resolution EVF is 0.005 seconds, while the refresh rate is approximately 100fps. The battery on the camera is rated for 390 shots per CIPA standards.

Also read: The Best Action Cameras Of 2018 – Read For A Complete List, Pros And Cons

The Fujifilm X-T3 is the successor of the company’s X-T2 (launched in 2016). It comes with improved processing power and autofocus performance. The Fujifilm X-T1 was introduced over four years ago. What do you think of the new Fujifilm camera? Will you pick up the Fujifilm X-T3? Share your thoughts with us in the comments section below.