Gionee has finally launched its selfie focused smartphone, called the Gionee S6s in the Indian market. The biggest highlight of this phone is its seflie or front facing camera. It sports an 8 mega pixel front camera which is assisted by dual front flash (LED and screen flash) to helps users capture stunning selfies. There is also a 13 mega pixel rear camera onboard. 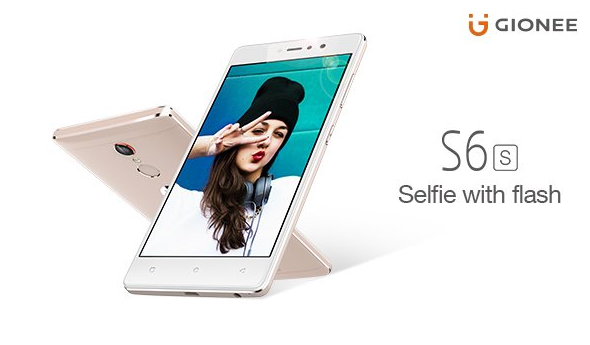 Under the hood, the S6s packs a 1.3GHz octa-core processor paired with 3GB of RAM. It features a 5.5-inch full HD display with 1920×1080 pixels resolution. The phone houses 32GB of internal memory which can be expanded up to 128GB using microSD card. Fueled by a 3150mAh battery, the device runs Android 6.0 Marshmallow operating system wrapped under Amigo 3.2. It comes with metal unibody design and features a fingerprint sensor for additional security.

The Gionee S6s carries a price tag of Rs. 17,999 and will be available to buy online from Amazon India and offline via company’s retail partners.

Last month, in July 2016, Gionee launched its M6 and M6 Plus smartphone in China. The main highlight of these phones is that they feature an encrypted chip which is targeted at securing user’s data on the phone at hardware level. It prevents access of hackers to user’s data and aims to help users keep the call logs, photos, documents and notes safe. Read more about Gionee M6 and M6 Plus here.