Nexus 7 the best $200 Android tablet which was announced last year at Google I/O just got even better. Google at an press event in San Francisco today on 24/07/2013 unveiled the new Nexus 7 2.0 with better specifications at a little more price.
After the numerous leaks which were already out before Google unwrapped its latest offering manufactured by ASUS. It’s the first tablet running Android 4.3 out of the box which will be available this month. 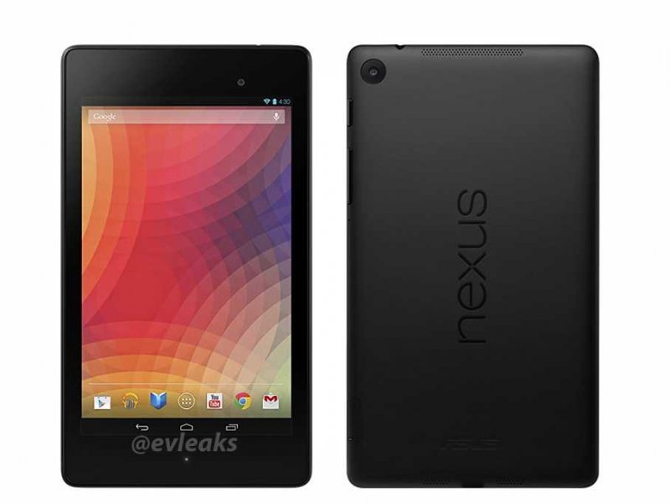 The updated Nexus 7 series will be available in 16GB WiFi, 32GB WiFi and 32GB LTE variants. As for now the WiFi-only versions, the 16GB Nexus 7 and the 32GB Nexus 7 shall be available for $230 and $270 respectively, and both of them will be available on July 30th from the Play store. No confirmed date has been announced for the availability of LTE version but it will be priced at $349. Bestbuy, Staples and Amazon will also be the retailers selling the tablets offline in the US. The new Nexus 7 will be launching in the US, UK, Germany, France, Japan, Canada, Australia, South Korea and Spain, with more countries coming soon.