The sub-Rs. 15,000 Indian smartphone market is loaded with innumerable options. If you are going to buy a new smartphone in the same price segment, then we are here to help you. Read more to find out how Honor 6X and Coolpad Cool 1 are compared with each other in terms of design, hardware, performance, camera, price and more. 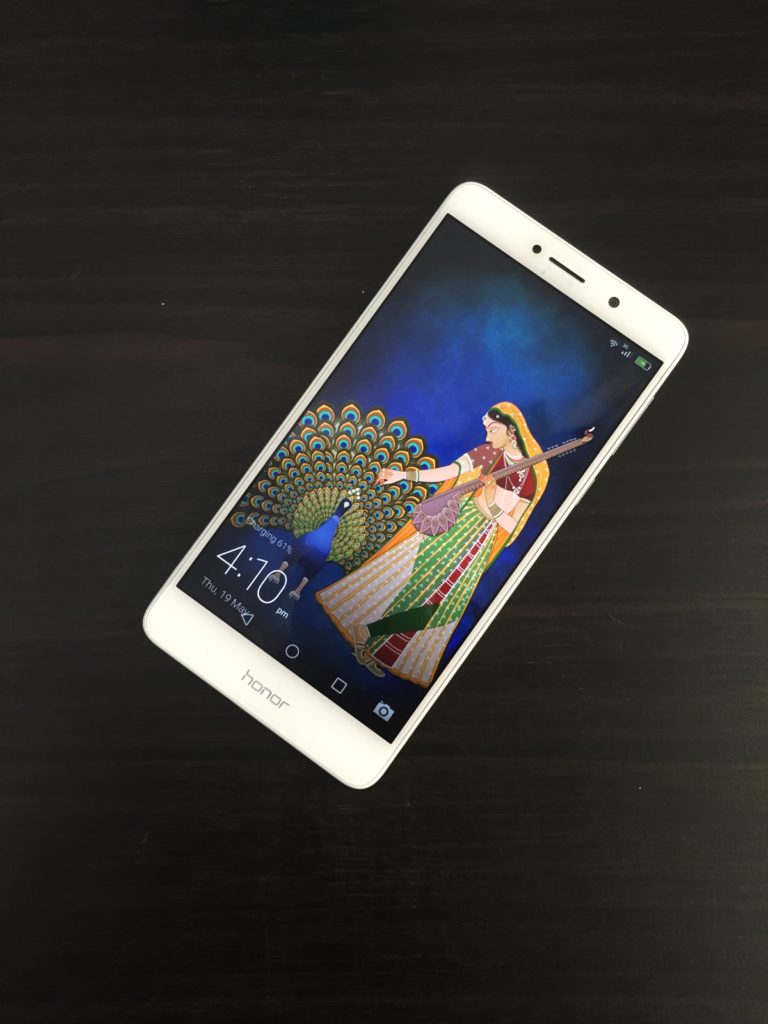 Boththe smartphones feature an elegant metal and plastic body with a thin bezeland look very similar. The CoolPad Cool 1 packs touch capacitive buttons which are back-lit while Honor 6X comes with on-screen navigation buttons. On the rear, both CoolPad Cool 1 and Honor 6X sport dual camera set-up. Both smartphones pack a fingerprint sensor on the back for additional security. The smartphones look very elegant yet feel very sturdy to hold.

Spec-wise, this round is a tie since both smartphones feature 5.5-inch full HD displays with a resolution of 1920×1080 pixels. The display quality of both phones however, is slightly different from each other. The screen of Honor 6X looks better though. It’s gorgeous 2.5D curved glass display looks very bright and vivid, even in sunlight and offers a pleasing video watching and gaming experience.

Both CoolPad Cool 1 and Honor 6X feature not just one, but two cameras on the back. The CoolPad Cool 1 comes with two 13 mega pixel rear cameras. While one sensor captures in colour, the other one shoots in monochrome. It supports 4K video recording with the rear camera and full HD with the front camera.

The Honor 6X features a 12 mega pixel primary camera and a 2 mega pixel secondary camera that captures the depth of field. It supports 1080p video recording with both front and rear cameras. The rear camera lets users capture images with wide aperture and ‘bokeh’ effect. The secondary camera adds blur to the images and users can also change the focus of the images that have already been taken. Both Cool 1 and Honor 6X sport 8 mega pixel front camera for capturing selfies and making video calls.

The Honor 6X and CoolPad Cool 1 both feature dual camera set up on the back, but Honor 6X has an edge in the camera department. It produces images with excellent detailing and clarity. Check out Honor 6X’s in-depth camera review here.

The CoolPad Cool 1 comes with a Qualcomm Snapdragon 652 chipset paired with Adreno 510 GPU. There are two variants of the phone- one with 3GB RAM+32GB storage while other model packs 4GB RAM+64GB storage. One downside is that it lacks expandable storage.

The Honor 6X packs an Octa-core Kirin 655 chipset based on 16nm manufacturing process. It comes in two variants- 3GB+32GB storage and 4GB RAM+64GB storage. Both variants support expandable storage up to 128GB via hybrid SIM slot.

The Honor 6X with Kirin 655 SoC, is certainly the most powerful and power-efficient smartphone in this comparison. As for performance, both smartphones handle gaming and multi-tasking with ease. The 16nm Kirin 655 processor of Honor 6X however, gives it an edge.

Both smartphones run Android 6.0 Marshmallow operating system wrapped under their respective UI’s which adds an additional customization layer with plenty of features.

The CoolPad Cool 1 packs a humongous 4000mAh battery. The Honor 6X is armed with a 3340mAh battery and supports fast charging as well. Honor 6X certainly optimizes the battery efficiently since it is powered by a 16nm manufacturing process based Kirin 655 chipset.

As far as connectivity is concerned, both phones are dual SIM and support 4G VoLTE, Wi-Fi and Bluetooth.

Now the question that you might want to ask is- which smartphone should you buy? Well, the answer is pretty much clear. Whether its entertainment department, gaming or photography, the Honor 6X shines everywhere. This phone will also let you stay connected with the world without worrying about battery. The dual camera set up on the back lets users capture images with outstanding detailing and clarity. Let’s not forget about the 16nm Kirin 655 chipset which provides power to the phone while also helping it to stay power-efficient.  All in all, if you are a gaming enthusiast or a gaming lover and are looking for a device with long lasting battery, then Honor 6X is the phone you should buy!