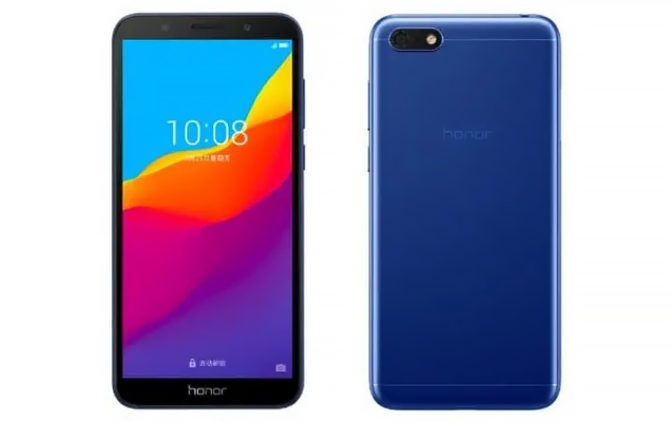 A new Honor smartphone (model number JAT-AL00) has been listed on TENAA. As of now, there is no information about the Indian price and launch date. It will come in Black, Blue, Gold, and Red color options.

As per recent leaks and reports, the new smartphone is powered by a 2.3GHz octa-core processor and 3GB RAM. The 32GB/ 64GB internal storage can be further expanded via a microSD card slot (up to 128GB). It is backed by a 2920mAh battery.

In terms of optics, the Honor Play 8 sports a dual camera setup on the back. It combines a 13-megapixel primary sensor and an 8-megapixel secondary sensor. For selfies and video calling, the handset sports an 8-megapixel front camera.

The Honor V20 (View 20) is the company’s first smartphone to sport a display hole and a 48-megapixel Sony IMX586 sensor. It will be officially launched in China on December 26. The global launch will take place in Paris on January 22.

The Honor V20 is being touted as the ‘world’s first in-screen camera smartphone’. It features a small display hole (4.5mm) on the top left corner of the screen. At the back, the new handset sports a 48-megapixel camera with a 1/2.0-inch CMOS sensor, 4-in-1 Light Fusion, 4 times sensor HDR, a dedicated dual NPU, and AI capabilities.

What do you think of the price and specs of Honor Play 8? Share your views with us in the comments section below.