Huawei has launched yet another smartphone in its Honor brand. The new Honor V9 Play comes with a 13-Megapixel rear camera, Android Nougat OS and a fingerprint scanner that unlocks the smartphone in just 0.4 seconds. The mid-range handset is launched alongside an even cheaper Honor 6 Play. What else is the new device packing? Read more to find about Honor V9 Play Price in India, Specifications, and Features 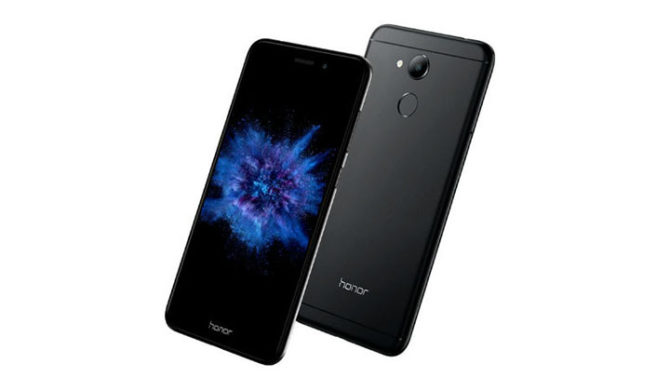 The Honor V9 Play features a 5.2-inch display with HD (720 x 1280 pixels) resolution, 65-percent NTSC color gamut, and 2.5D curved glass. It is powered by a MediaTek MT6750 octa-core processor and Mali-T860MP2 GPU. The 32GB internal storage can be further expanded via a hybrid microSD card slot (up to 128GB).

On the camera front, the new smartphone sports a 13-megapixel rear camera with f/2.0 aperture, phase detection autofocus system (PDAF), 5P lens, and a LED flash. The 8-megapixel front camera comes with f/2.2 aperture. The new handset is backed by a 3000mAh battery that offers 16 hours of talk time and 15 days of standby time.

Also read: Xiaomi Mi A1 Dual Camera Phone Launched In India – All You Need To Know

The dual-SIM smartphone features a metal unibody with rounded edges. It measures at 147.9 x 73.2 x 7.65mm and weighs 145 grams. A fingerprint scanner is placed on the back. The Honor V9 Play comes in multiple color options – Gold, Rose Gold, Red, Blue, and Black. Sensors on the device include an accelerometer, ambient light, digital compass, and proximity sensor.

The new Honor V9 Play offers decent specs and features for a mid-range device. The company has also launched an even more affordable device, the Honor 6 Play. The 4G VoLTE enabled handset is priced at CNY 599 (approx Rs 5,900). It sports a 5-inch HD display with a pixel density of 294ppi. The new smartphone is powered by a 1.4GHz quad-core MediaTek MT6737T CPU along with 2GB RAM and 16GB internal storage (expandable up to 128GB).

The dual-SIM Honor 6 Play runs Android 6.0 Marshmallow OS with EMUI 4.1 on top. The Honor 6 Play comes with an 8-megapixel rear camera with f/2.0 aperture and a 5-megapixel shooter with f/2.4 aperture. It is backed by a 3020mAh battery. Sensors on the device include an accelerometer, ambient light sensor, and proximity sensor.