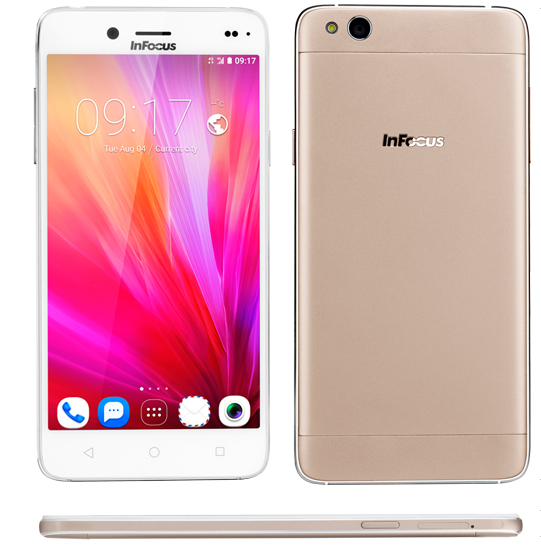 Under the hood, it packs a 64-bit 1.3GHz octa-core MediaTek MT6753 processor paired with 3GB of RAM. The phone features a 5.5-inch full HD display with 1920×1080 pixels resolution. It houses 16GB of internal memory which can be expanded up to 64GB via microSD card.

On software front, the phone runs Android 6.0 Marshmallow operating system with Inlife UI 2.0 running on top. Fueled by a 2600mAh battery, it is claimed to deliver up to 12 hours of talk time and up to 480 hours of standby time. Connectivity options which the phone offers, include 4G with VoLTE, Wi-Fi and Bluetooth. The phone also supports USB OTG that allows users to watch movies and videos directly on the smartphone using pen-drive without transferring them. On design front, it flaunts its splendid metal body.

The InFocus M535+ is priced at Rs. 11,999 and comes bundled with a free selfie stick worth Rs. 1,000. It can be grabbed from major retail stores across India.