Karbonn has launched a new smartphone in its Quattro series, called the Karbonn Quattro L52. The USP of the phone is that it comes bundled with a free VR headset to deliver virtual reality experience to the users. The glasses of the VR headsets are built with sturdy ABS plastic fiber and come fitted with bi-convex lenses which augment a video to provide a theatre-like experience to the users.

It also comes pre-installed with several games and video content and allows users to create their own VR videos using the VR app. 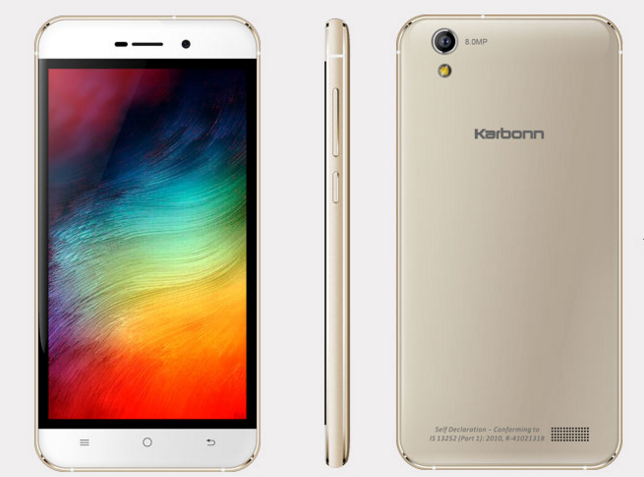 Under the hood, it is powered by a 1.3GHz dual-core processor paired with 2GB of RAM. The phone runs Android Lollipop operating system. On the front, it features a 5-inch HD IPS display with 1280×720 pixels resolution and 2.5D glass. For storage purpose, it offers 16GB of internal memory which can be further expanded up to 32GB using microSD card.

On imaging front, the Quattro L52 VR sports an 8 mega pixel primary camera with auto focus and LED flash on the rear. There is also a 5 mega pixel front facing camera onboard. Backed up by a 2250mAh battery, it is claimed to deliver up to 6 hours of talk time and up to 300 hours of standby time. It will be available to buy in Champagne Gold and White color options. Connectivity options which the phone offers, include 4G LTE, Wi-Fi, Bluetooth and Micro-USB. It measures 145x72x9.9 mm and weighs 143 grams.