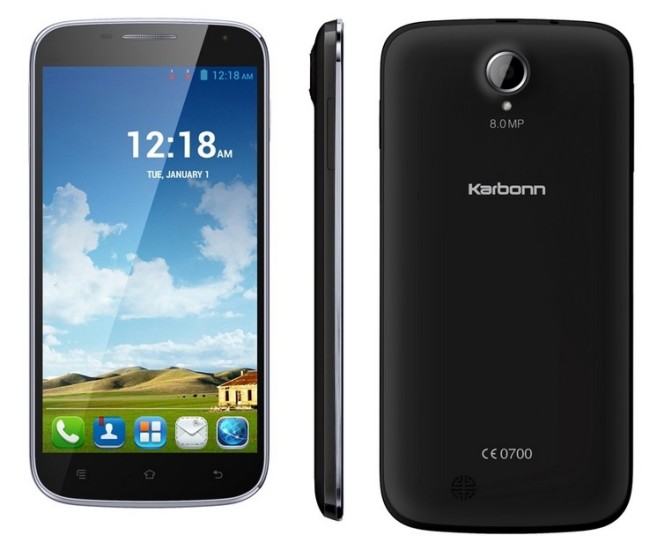 Talking about the specifications of Karbonn Titanium S9 Lite, it is a 5.5-inch qHD IPS display smartphone along with screen resolution of 960*540pixels. There is 1.3GHz quad core processor from unkown manufacturer. There is 512MB RAM as well on board. The smartphone runs on Android 4.2 Jelly Bean operating system.

On the photography front, there is 8-megapixel rear camera along with LED flash and there is 2-megapixel front facing camera as well for video calling and selfie. For storing music, images and photos there is 4GB of internal storage in device along with up to 32GB of memory card support for more storage.

On the connectivity front, the smartphone is dual SIM smartphone along with both the SIM GSM connectivity on board. On the other hand there is 3G, Wi-Fi, Bluetooth and GPS as well. The Karbonn Titanium S9 Lite packed with 2100mAh battery inside. The smartphone listed on two colors black and white at Snapdeal.

The Karbonn Titanium S9 Lite has 5.5-inch massive display, if you are looking for a big display smartphone around 9,000 rupees then Titanium S9 Lite has that quality, but apart from that there is nothing new in device. And it even has some out dated specifications as well. Like only 512MB RAM and Android 4.2 Jelly Bean operating system, does not make any sense. When Google released the Android 4.4 Kitkat operating system, it said that the new operating system with less fragmentation will be superior choice for low RAM devices even with 512MB. But looks like the smartphone vendor did not took it seriously and still launching the devices with out-dated OS.