Lenovo has launched its two new tablets, Lenovo Tab 2 A8 & Tab 2 A10-70 at MWC 2015. Both the devices will be available in in Wi-Fi only and LTE variants. Speaking of the Lenovo Tab 2 A8 first, It features an 8 inch HD IPS display and runs on Android 5.0 Lollipop operating system. Under the hood, it packs 1.3 GHz quad-core MediaTek chipset paired with 1 GB of RAM. There is a 5 mega pixel auto focus rear camera and a 2 mega pixel front facing camera on board. Read on to find more details on specs, features, price and availability.

Based on storage, the tablet will be available in 8 GB and 16 GB variants with expandable support of up to 32 GB via microSD card. The tablet packs a 4290 mAh battery which is claimed to deliver 8 hours of battery life. It measures 125 x 210 x 8.9 mm, weighs 360 grams and will be available in Pearl White, Ebony, Midnight Blue, and Neon Pink color options.

The Lenovo Tab 2 A10-70 tablet is powered by 1.5 GHz Quad-core MediaTek chipset coupled with 2 GB of RAM and runs on Android 4.4 KitKat operating system, the device, however will get the Android 5.0 Lollipop update in June. It features a 10.1 inch full HD IPS display, 8 mega pixel auto focus rear camera and a 5 mega pixel front facing camera. The tablet houses 16 GB of inbuilt storage which is expandable up to 64 GB via microSD card and packs a 7000 mAh battery. It measures 171 x 247 x 8.9 mm, weighs 509 grams and will be available in Pearl White and Midnight Blue color options. 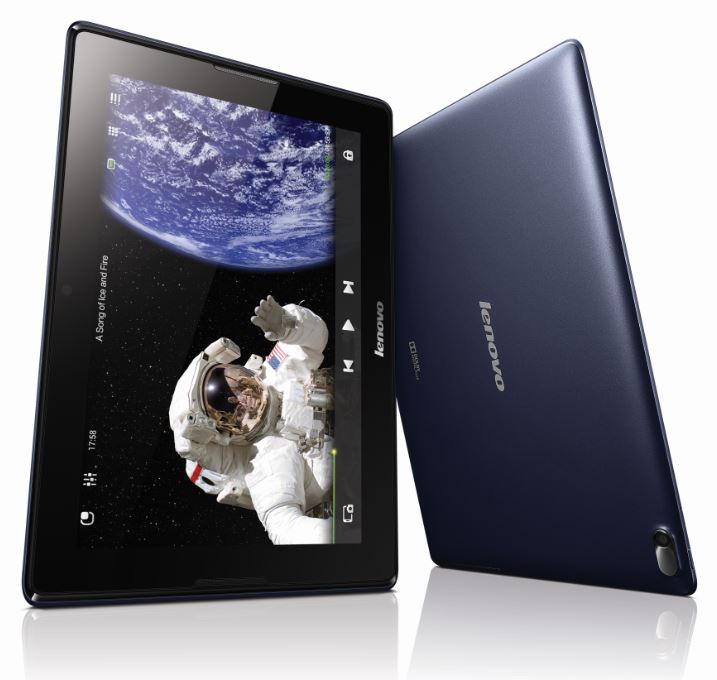 Mentioned below are the specs & features of new Lenovo tablets.

“Our new tablets prove that affordability and innovation can be synonymous. In particular, bringing LTE speed and Dolby Atmos cinema sound is expected in premium devices, but we have challenged the norm and delivered these consumer-desired features to our entry A Series in order to elevate the mobile connected experience,” said Jeff Meredith, vice president and general manager, Tablets, Mobile Business Group, Lenovo.