LG has officially launched its G8s ThinQ smartphone. It was initially unveiled at the MWC 2019 in February. The new handset comes with a new Hand ID feature. Additional highlights include a Snapdragon 855 SoC, triple rear cameras, and a dual selfie camera setup. Read more to find about LG G8s ThinQ Price in India, Specifications, and Features 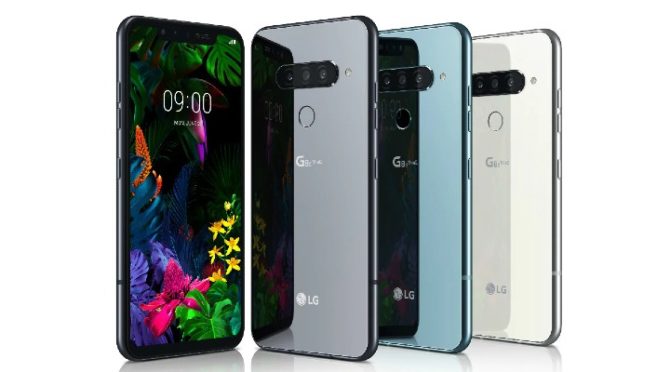 The LG G8s ThinQ is priced at EUR 769 (approx Rs 59,800). It will initially be available in select markets in Europe, Latin America, Africa, and the Middle East. As of now, there is no information about the Indian price or launch date.

The new handset is powered by a Qualcomm Snapdragon 855 processor along with 6GB RAM and 128GB internal storage. It is backed by a 3,500mAh battery with Quick Charge 3.0 support.

In terms of optics, the LG G8s ThinQ sports a triple camera setup on the back. It combines a 12-megapixel primary sensor with a 13-megapixel wide-angle sensor and a 12-megapixel telephoto lens.

The LG G8s ThinQ runs Android 9 Pie operating system. Connectivity options include Wi-Fi, Bluetooth 5, NFC, and a USB Type-C port. The new handset sports a 6.2-inch full-HD+ (1080 x 2248 pixels) display with 19.5:9 aspect ratio and a wide notch. A fingerprint sensor is placed on the back.

The highlight of the LG G8s ThinQ is the new Hand ID feature. It offers palm vein authentication with the help of the ToF (time of flight) Z Camera and infrared sensors. Users will be able to unlock their smartphone by simply hovering their hand over the display.

What do you think of the Samsung Galaxy M10 smartphone? Share your views with us in the comments section below.