LG has unveiled a new smartphone dubbed LG Volt in its home market Korea. The Volt shares some common specifications with LG Spirit which was showcased at Mobile World Congress 2015 and was launched in India in March 2015 at Rs. 14,250. As for specifications, the single-SIM Volt is powered by 64-bit 1.2 GHz Snapdragon 410 processor paired with 1 GB of RAM and runs Android 5.0 Lollipop. It features a 4.7-inch HD display with 1280 x 720 pixels resolution and 312 ppi pixel density. The display of the handset is slightly curved hinting what the upcoming LG G4 could look like. 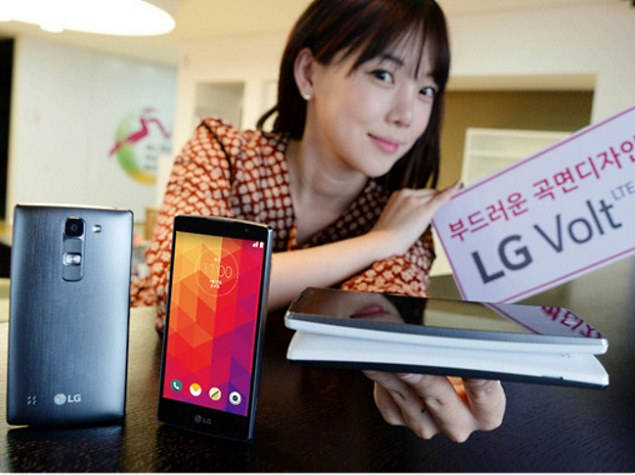 Notably, LG Spirit packs identical specifications except the processor. It comes with 1.3 GHz quad-core processor unlike 1.2 GHz quad-processor of LG Volt. The Spirit was showcased at MWC alongside mid-ranged Magna, Leon and Joy smartphones.

Features and Specifications of LG Volt

The LG Volt is priced at KRW 200,000 which translates it approximately to Rs. 11,500. There is no word on availability and pricing details of the handset in regions outside Korea.