LG has unveiled its new flip phone, dubbed the LG Wine Smart. The device is essentially the international variant of the LG Gentle phone which was launched in July 2015 in Korea. According to LG, the Wine Smart flip phone is targeted towards those users who are “more accustomed to the feel of flip.”

Under the hood, the device is powered by a 1.1GHz quad-core processor coupled with 1GB of RAM. The phone runs Android 5.1.1 Lollipop operating system and features a  3.2-inch HVGA display with 480×320 pixels resolution. There is 4GB of inbuilt storage which is expandable via microSD card. It sports a 3 mega pixel rear camera and a 0.3 mega pixel front facing camera. 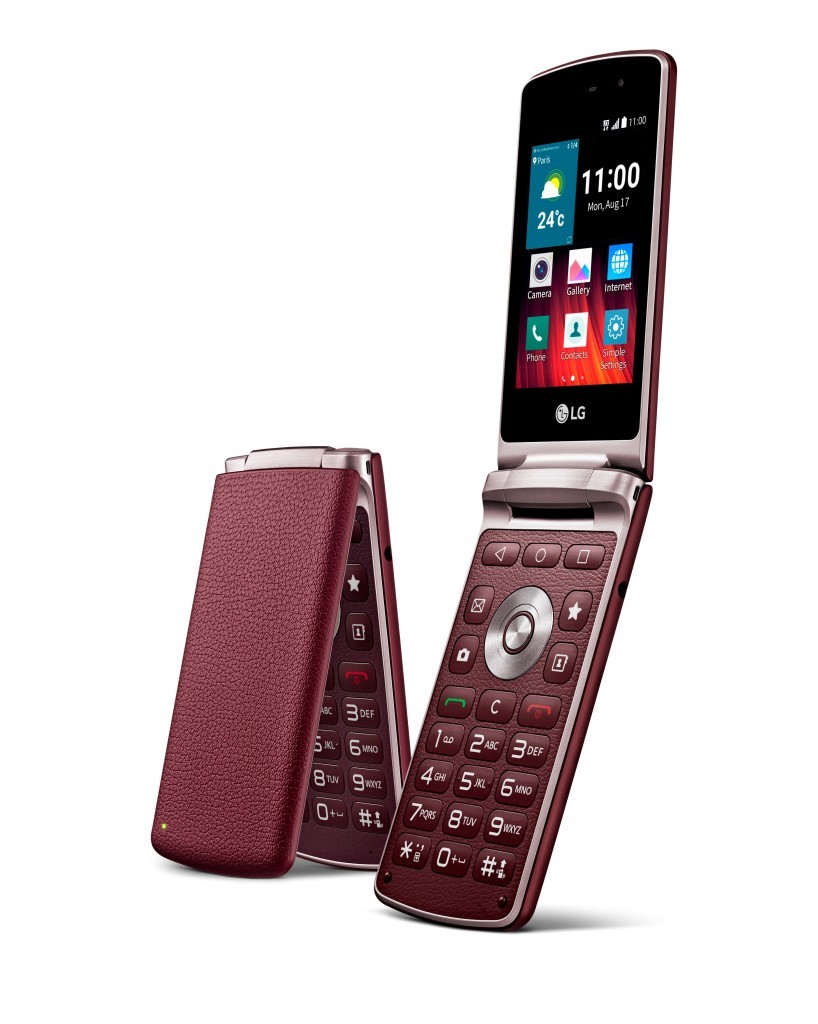 Backed up by a 1700mAh battery, it measures 117.7×58.7×16.6 mm in dimensions and weighs 143 grams. Connectivity options include 4G, Wi-Fi and Bluetooth. It will be available in Burgundy and Navy color options.

The LG Wine Smart flip phone will be rolled out for sale later this month in August 2015. It will be launched in several countries including France, Italy, Poland, Spain, Kazakhstan and Japan first, followed by other regions. There is no word on pricing and exact availability date of the device as of now. We expect the company to make an announcement about the same in the coming days.