Like the other two phones, the Canvas Unite 4 Plus runs Indus OS that comes with a lot of features like support for 12 regional languages, App Bazaar, which is regional language app store, Indus Swipe feature, Indus-to-Indus free messaging services, and more. 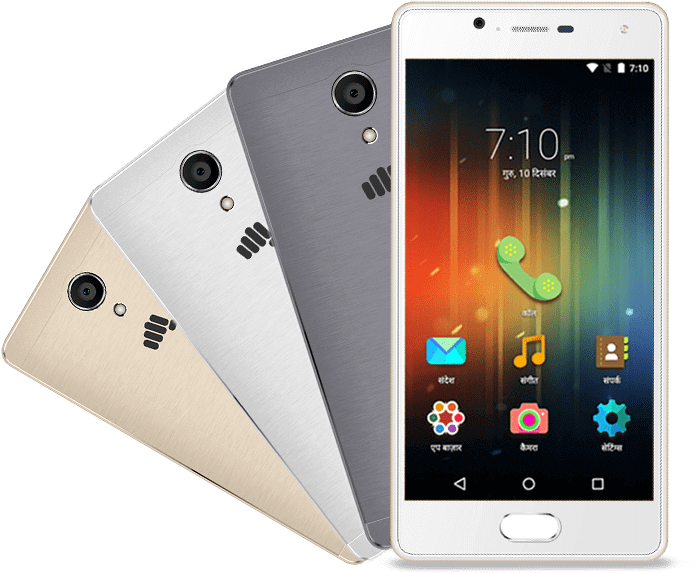 The Canvas Unite 4 Plus packs a 1GHz quad-core MediaTek MT6735P processor paired with 2GB of RAM. It features a 5-inch HD display with 1280×720 pixels resolution. It houses 16GB of inbuilt storage which can be expanded further up to 64GB via microSD card. On imaging front, it sports an 8 mega pixel rear camera and a 5 mega pixel front facing camera. Both primary and secondary cameras are accompanied by LED flash.

The device runs Android 6.0 Marshmallow operating system wrapped under Indus OS 2.0. Armed with a 2500mAh battery, the phone is claimed to deliver up to 20 hours of talk time and up to 281 hours of standby time. Connectivity options which the phone offers, include 4G LTE, Wi-Fi and Bluetooth. It flaunts its full metal body and comes with a fingerprint sensor integrated into the home button.

The Micromax Canvas Unite 4 Plus is priced at Rs. 7,999 and can be grabbed from retail stores across India.