Microsoft is all set to launch a successor to the original HoloLens headset. The next generation Windows Mixed Reality (WMR) headset is expected to come with a custom AI chip that will significantly reduce the processing time. It is also rumored to feature a ToF sensor. Read more to find about Microsoft HoloLens 2 Headset Price in India, Specifications, and Features 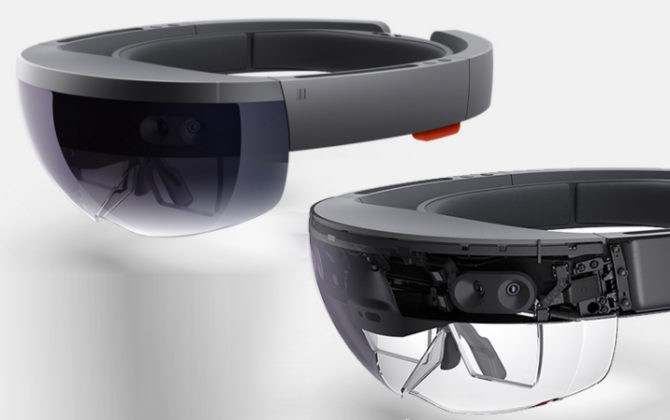 The Microsoft HoloLens 2 headset is expected to be launched at the MWC 2019 this month. The company’s official event is scheduled for February 24, 2019, in Barcelona. The new announcement comes from Alex Kipman (the original mind behind the HoloLens) via a cryptic video on YouTube.

According to the new teaser, the Microsoft HoloLens 2 headset will feature a sturdy build (made from metal and carbon fiber). It will come with a custom AI chip that enhances the processing speed by eliminating the need to upload data to the cloud. The on-device processing is also more secure as the data is analyzed and processed locally.

The new AI chip is said to be a customized version of the company’s Holographic Processing Unit (HPU). The one-of-a-kind chip for mobile devices that was showcased by Microsoft earlier this year. The company claims that it has created the chip from scratch. However, manufacturing is handled by other partner companies.

Additionally, the Microsoft HoloLens 2 headset is tipped to be powered by a Qualcomm-made processor. It will also sport a ToF sensor for better depth assessment and a wider field of view.

The Microsoft HoloLens 2 headset seems to be an exciting device. However, since there is no official confirmation, the above-mentioned details should be taken with a pinch of salt. Bookmark this page for more updates!

What do you think of the new Microsoft HoloLens 2? Will you go for the upcoming headset? Share your thoughts with us in the comments section below.