As for specifications, the LTE variant of the device packs same set of specifications as the 3G variant except 4G LTE connectivity. Under ths hood, it is powered by a 1.2GHz quad-core Qualcomm Snapdragon 400 processor paired with Adreno 405 and 1GB of RAM. Running Android Lollipop operating system, it features a 5-inch HD display with 1280×720 pixels resolution and Corning Gorilla Glass 3 protection. 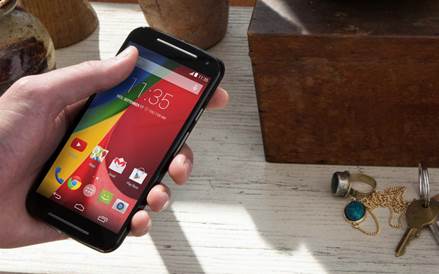 The handset sports an 8 mega pixel auto focus rear camera with flash and a 2 mega pixel front facing camera. For storage purpose, there is 16GB of internal memory on board which is expandable using microSD card. It is backed up by a 2390mAh battery. Besides 4G LTE support, it offers Wi-Fi, Bluetooth and Micr-USB as connectivity options. The phone measures 141.5×70.7×11 mm and weighs 149 grams.