Panasonic has expanded its Eluga series of smartphones with the launch of Panasonic Eluga Pure in Taiwan. On the design front, it flaunts its polycarbonate body with brushed finished on the rear. The device packs a 1.25GHz quad-core MediaTek MT6737 processor paired with 2GB of RAM. It features a 5.5-inch HD 2.5D curved glass display with 1280×720 pixels resolution. 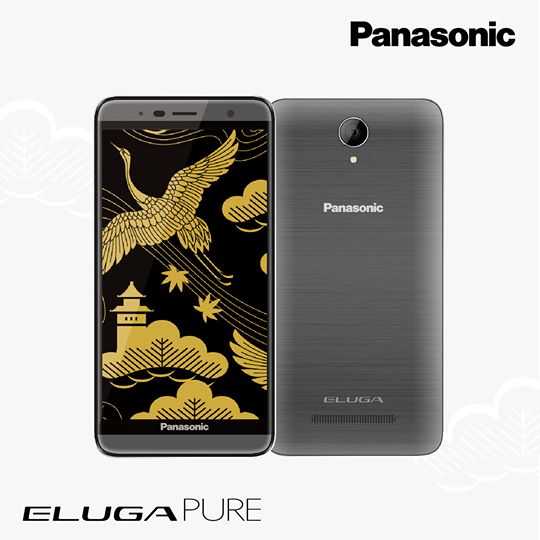 In the camera department, the Eluga Pure sports a 13 mega pixel rear camera with LED flash. There is also an 8 mega pixel front facing camera for capturing selfies and making video calls. The phone houses 16GB of internal memory and supports expandable storage with microSD card. It is equipped with a 2900mAh battery. Connectivity options include 4G LTE, Wi-Fi, Bluetooth 4.0, NFC and GPS. The smartphone runs Android 6.0 Marshmallow wrapped under FitHome UI. It lets users control Panasonic devices such as Smart TV and refrigerator using the Panasonic Smart app.

The Panasonic Eluga Pure carries a price tag of NT$ 4,990 (approximately Rs. 10,700) and comes in Gray color option. It is up for pre-order in Taiwan and will go on sale starting March 27, 2017. There is no word on global roll out of the smartphone.