Panasonic P31 launched in India at INR 11,990. The device is a budget device, and it has the specifications that we have seen on lots of device already in this segment. However, the device did not do well as it priced around 12000 in the market. Anyone who would like to but a smartphone with 12k budget would like to go with Moto G- the king smartphone of this range devices. The Moto G has good specifications that you will not see on mid-range devices too. Although there is some disappointment in users due to lack of memory card support in Moto G but still it is an obvious choice to but Moto G at the budget of 12k. Otherwise, Panasonic comes with a memory card support up to 32GB and a quad core processor from unknown manufacturer. 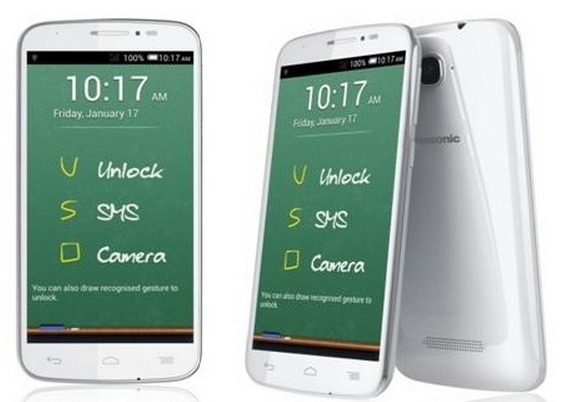 The Panasonic P31 has a 5-inch display with pixel resolution of 480*854 pixels, which almost has no stand anywhere in front of the display of Moto G. Of course, Moto G has half inch less display. The pixel density of Moto G is the finest in its range. Although Panasonic claims that, the P31 has ‘Heat Sink’ Design that monitor smartphone’s temperature via “controlled heat dissipation.” However, features like this do not catches eyes of regular users.

The camera specifications of both smartphone are better in Panasonic P31 as compare to Moto G. we have tested the image samples of Moto G, which is good in quality and resolution. But we cannot say any word about the camera performance of Panasonic P31. There is an 8-megapixel camera at back in P31 along with LED Flash. In addition, there is a VGA front camera too for video calling and self-portrait.

Taking about battery, both smartphone has the same sort of battery capacity. With Panasonic P31 2000mAh battery it can provide 13 hours of 2G talk time while can run on 3G up to 9 hours. At the other hand MotoG comes with slightly much battery 2070 mAh which Motorola claims can provide you up to 24 hours of use on a single charge with average use of smartphone.

you can check out our full review of Moto G here