Pantel Technologies has launched its latest budget Android tablet- Penta T-Pad WS704DX in the Indian market. As for specifications, it is powered by a 1.3GHz dual-core processor paired with 1GB of RAM. Running Android 4.4 KitKat operating system, it features a 7-inch display with 1024×600 pixels resolution.

There is 8GB of internal memory onboard which is expandable up to 32GB using microSD card. The tablet sports a 2 mega pixel camera with LED flash on the rear while there is also a 0.3 mega pixel front facing camera for video calling and capturing selfies. It is backed up by a 3000mAh battery. Connectivity options which the T-Pad WS704DX tablet offers include 3G, Wi-Fi, Bluetooth, USB OTG and HDMI port. 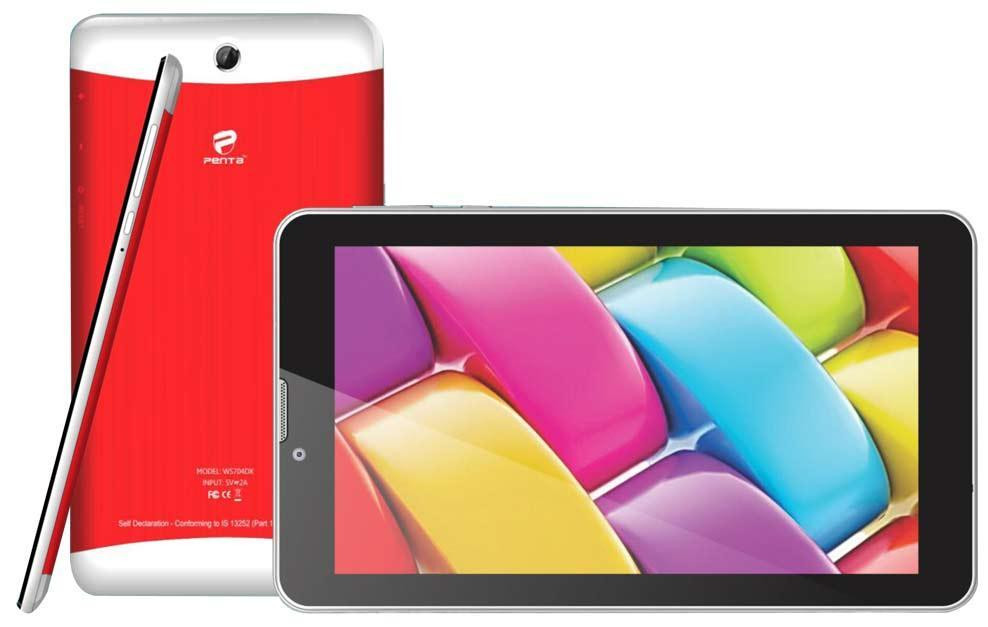 The Penta T-Pad WS704DX is available to buy exclusively from online retailer Homeshop18 for Rs. 4,999. The device comes bundled with a free keyboard cover worth Rs. 999 as a promotional offer.

Stay tuned with us for  more updates!