Chinese smartphone manufacturer Phicomm has announced price-cut of Rs. 2,000 for its Passion P660 smartphone. The Passion P660 which was originally introduced for Rs. 10,999, can now be grabbed for Rs. 8,999 exclusively from Amazon India. The company seems to have taken this move considering fierce competition in the sub-Rs. 10,000 smartphone segment in the Indian  market. The 4G enabled Passion P660 will now compete with the Yu Yureka Plus smartphone which is also available at the same price.

Read on to find more details on specifications and features of the Phicomm Passion P660 smartphone. 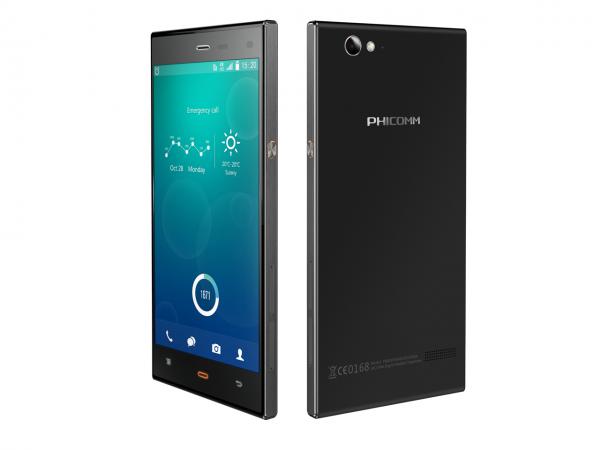 After price-cut, the Phicomm Passion P660 is available to buy exclusively from Amazon India for Rs. 8,999 instead of its original price of Rs. 10,999.

Chinese brand Phicomm has finally entered the Indian market with the launch of Passion P660 smartphone. The handset is priced at Rs. 10,999 and will go on sale starting June 9, exclusively on Amazon India.

Putting an end to rumors, Chinese smartphone maker Phicomm has confirmed that it is going to launch its Passion 660 smartphone in India. The company has sent out invites for an event scheduled on 3rd June in New Delhi where it will take the wraps off its flagship phone Phicomm Passion 660 which is company’s first smartphone with 4G support.

Pricing details of the handset have not been revealed as of now but we expect it to be priced aggressively considering the competition from other market players like Xiaomi and Asus. Following the footprints of Oppo, Xiaomi and Meizu, another Chinese smartphone manufacturer Phicomm is all set to make foray into Indian market. The Shanghai based company has confirmed that it will launch the Passion P660, as the first 4G LTE smartphone in India on June 3. More details are will be announced at the launch event which is scheduled in New Delhi.

As for specifications, the Passion P660 is powered by a 1.5 GHz Octa-core Qualcomm Snapdragon 615 processor paired with 2GB of RAM and features a 5.2-inch full HD display with 1920×1080 pixels resolution. The handset runs Android 4.4 KitKat operating system and comes with 32GB of inbuilt storage which is expandable up to 64GB via microSD card.

On photography front, it sports a 13 mega  pixel primary camera with LED flash and a 5 mega pixel front facing camera. Backed up by a 2300 mAh battery, it offers 4G, Wi-Fi, Bluetooth and GPS as connectivity options. The Passion P660 measures 139.5x69x7.4mm in dimensions and weighs 110 grams.