Realme is all set to launch new Q series smartphones in China next week. Now, the Chinese smartphone manufacturer has shared that the upcoming handset will feature a Snapdragon 712 SoC and 48-megapixel primary camera. Read more to find about Realme Q Price in India, Specifications, and Features 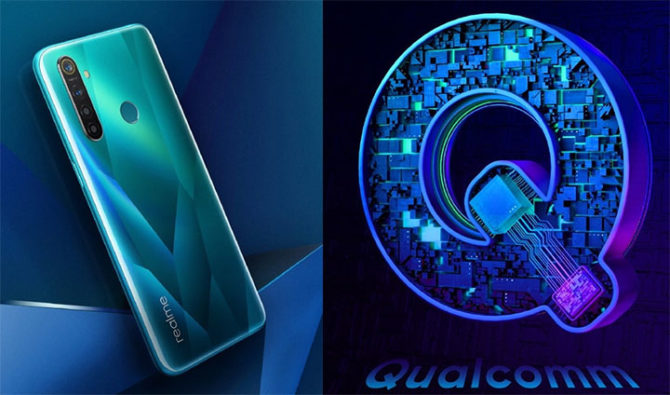 The Realme Q series will be launched in China on September 5. As of now, there is no information about the price tag.

As per recent teasers and reports, the upcoming smartphone will be powered by a Snapdragon 712 processor along with an Adreno 616 GPU. It is expected to run a new OS from Realme (separate from ColorOS).

In terms of optics, the Realme Q is expected to sport a quad-camera setup on the back. It will use a 48-megapixel Sony sensor (likely Sony IMX586).

The Realme 5 Pro is powered by a Qualcomm Snapdragon 712 processor and 4GB/ 6GB/ 8GB RAM. The 64GB/ 128GB internal storage can be further expanded via a microSD card (up to 256GB). The 4,035mAh battery comes with VOOC 3.0 fast charging support.

Camera features also include electronic image stabilization (EIS). For selfies and video calling, the smartphone sports a 16-megapixel front camera with 4-in-1 pixel tech and an f/2.0 aperture.

Additionally, the Realme XT is expected to be launched by the end of next month. It is being touted to be a ‘complete expert’ in its price segment. The upcoming handset is tipped to sport a quad-camera set up on the back (with a 64-megapixel Samsung ISOCELL Bright GW1 sensor).

The new sensor produces sharp and bright 16-megapixel images in low-light conditions. It merges four pixels into one using an in-house Tetracell technology.

What do you think of the price and specs of the Realme 5 Pro? Share your views with us in the comments section below.