Samsung has launched its latest flip phone, called the Samsung G9198 in China. Under the hood, it is powered by a 1.8GHz hexa-core Qualcomm Snapdragon 808 processor paired with 2GB of RAM. The handset runs Android operating system. This smartphone sports two 3.9-inch WXGA Super AMOLED touchscreen displays- one on the inside and another on outside, with 1280×768 pixels resolution.

There is 16GB of inbuilt storage onboard which is expandable up to 128GB using microSD card. On camera front, it sports a 16 mega pixel rear camera with LED flash and a 5 mega pixel front facing camera. Backed up by a 2020mAh battery, it measures 120.3×61.2×16.3 mm in dimensions and weighs 204 grams. Connectivity options include Wi-Fi, Bluetooth, GPS and Micro-USB. 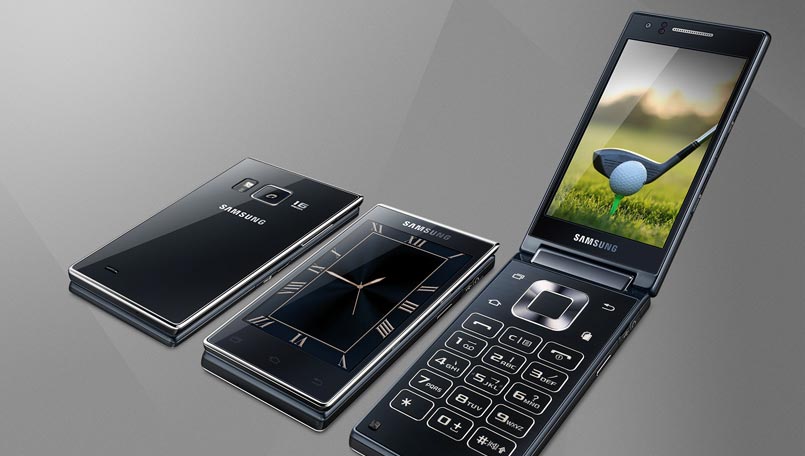 Features and Specifications of Samsung G9198

While the Samsung G9198 flip phone is listed on company’s China website, there is no word on pricing and availability details of the device as of now. It is also unclear whether the company plans to launch the device in Indian market or not.