Just like its predecessors, the Samsung Galaxy A5 (2018) is expected to come early next year. The upcoming has been at the center of several leaks and rumors already. Recently, the new Samsung device popped up on few benchmarking websites and certification listings like FCC (Federal Communications Commission) in the US. The upcoming handset is expected to come with Snapdragon 660 SoC and 6GB RAM. Now, a new leaked case render hints at an Infinity Display. Read more to find about Samsung Galaxy A5 (2018) Price in India, Specifications, and Features 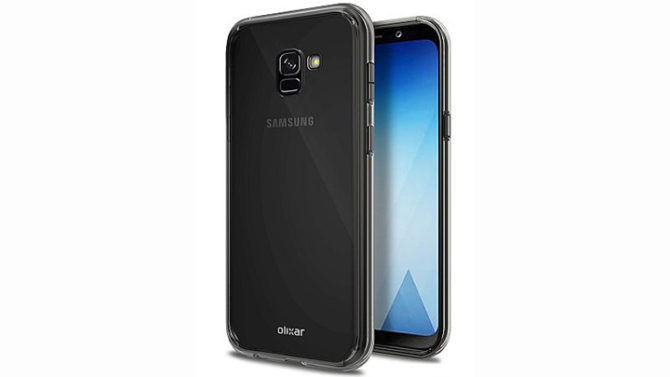 Samsung is expected to launch the next Galaxy A series device early next year (likely at CES 2018 in January or MWC 2018 a month later). The Galaxy A5 (2017) was priced at Rs 31,800 during the launch. The upcoming handset is likely to sport a similar price.

A new Samsung handset, believed to be the Galaxy A5 (2018) or Galaxy A5 Pro has been spotted online. The Geekbench benchmarking website lists the new model as SM-A5300. 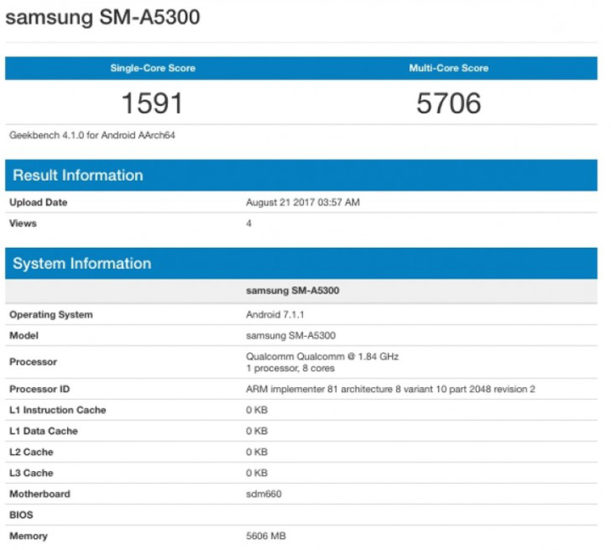 According to the Geekbench listing, the Samsung Galaxy A5 (2018) is powered by a 1.84GHz Qualcomm Snapdragon 660 processor and 6GB RAM. The device received a single-core score of 1591 and the multi-core score of 5706. The new FCC listing also hints at similar details. It shows a smartphone with a model number A530N with a rear-mounted fingerprint sensor.

The Samsung Galaxy A5 (2018) is tipped to sport a 5.5-inch display with a resolution of 1080 x 2160pixels. It is also rumored to be powered by Exynos 7885 processor (built on the 10 nm FinFET process) and a Mali G71 GPU. The upcoming handset is likely to run on the latest Android 8.0 Oreo operating system.

As per newly leaked renders, the upcoming handset will feature an edge to edge display with an 18:9  aspect ratio. It will sport a single-lens camera setup with a dual-LED (dual tone) flash. The alleged Galaxy A5 (2018) sports rounded corners. It is also expected to come with IP68 (dust and water resistance) rating, a metal frame and 3D glass back.

Additionally, the upcoming handset is also tipped to feature a heart rate monitor and fingerprint scanner on the back.

Also read: Infinix Zero 5 With Dual Cameras Coming On November 14 – All We Know So Far

The mid-range handset will feature several upgrades over the Galaxy A5 (2017) model. It sports a 5.2-inch Super AMOLED touchscreen with full HD resolution. The Galaxy A5 (2017) is powered by an Exynos 7880 processor, 3GB RAM, and 32GB internal storage (expandable up to 256GB). The Android (6.0.1 Marshmallow) handset sports a 16MP rear camera with f/1.9 aperture and 16MP front camera. It is backed by a 3,000mAh battery with fast charging support.