The Galaxy Golden 3 has been spotted on TENAA, revealing its specifications. The listing however fails to provide an image of the device. As per the TENAA listing, the Galaxy Golden 3 will be powered by an Octa-core  (Quad 2.1GHz + Quad 1.5GHz) Exynos 7420 processor paired with 3GB of RAM. 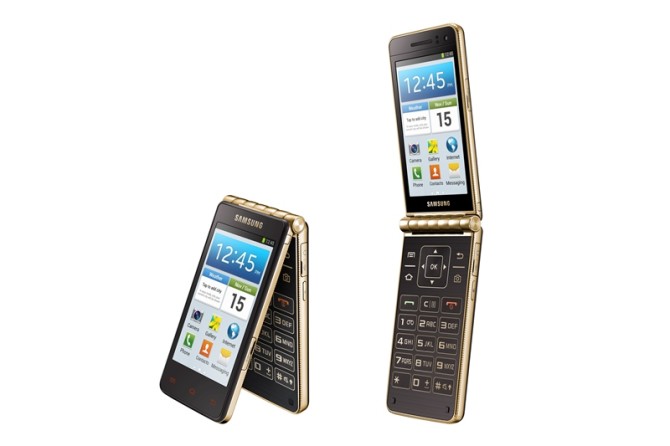 Running Android 5.1 Lollipop operating system, it will feature a 3.9-inch dual screen Super AMOLED displays with 1280×768 pixels resolution. On camera front, the device will sport a 13 mega pixel rear camera with LED flash and a 5 mega pixel front facing camera. For storage purpose, it will come with 64GB inbuilt storage. The phone will measure 120.4x61x15.1 mm in dimensions and weigh 204 grams. Connectivity options include 4G LTE, Wi-Fi and Bluetooth.

There is no word on pricing and availability of the Samsung Galaxy Golden 3 as of now. Appearance of the device on Chinese certification website, however hints that the smartphone would be launched soon. To recall, the Galaxy Golden was launched in India in year 2013 at price point of approximately Rs. 50,000.

Needless to say, all this information should be taken with a pinch of salt since details mentioned above have not yet been confirmed officially by Samsung.