Samsung launched its Galaxy J2 smartphone in India in 2015. Now the company has launched its successor, called the Samsung Galaxy J2 2016. The Galaxy J2 2016 comes with a lot of improvements and upgrades over its predecessor. Apart from the Ultra Data Saving mode which it inherits from its predecessor, the J2 2016 comes with a lot of interesting new features like Smart Glow Ring and Turbo speed technology. In this post, we have detailed each and every feature that Samsung’s latest J series phone brings with it. Read on to find out Samsung Galaxy J2 2016 hands on review with video. 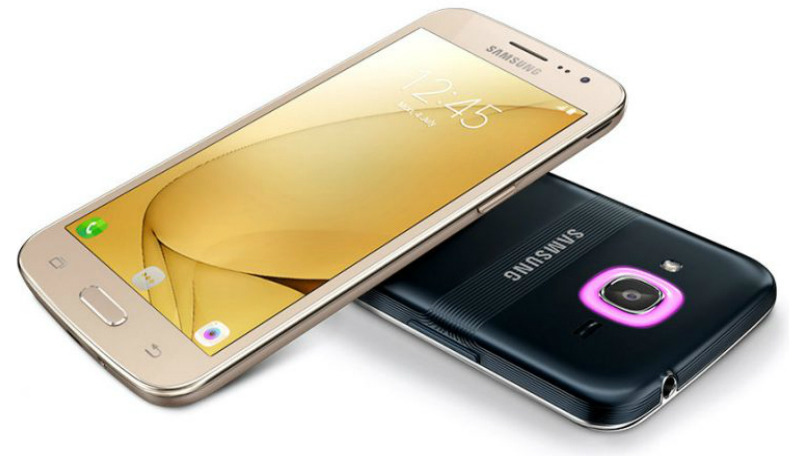 We spent some time with the Samsung Galaxy J2 2016 and here is our hands on review of the phone:

The J2 2016 looks similar to other J series phones from the front. It features plastic body, curved corners and chrome rim on the sides. But it looks a lot different from the edges and rear. It comes with a pattern on the edges and on the rear for better grip. It also features a Smart Glow ring on the back which is one of the highlights of the phone. It is like the next-gen LED notification system that allows users to colour-code their contacts, apps and phone usage alerts. You can set priority alerts such that you will receive alerts on the smart Glow in selected colors for priority contacts and apps. The smart ring also glows to alert you about low battery, data usage as well as storage. It also helps in capturing selfies using the rear cam. 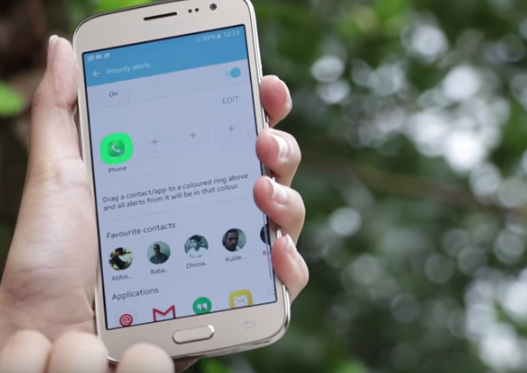 On the rear, there is an 8 mega pixel primary camera, LED flash, speaker and Samsung branding. The plastic back panel of the phone is removable and it gives access to microSD card slot, two SIM card slots and battery. The Galaxy J2 2016 has plastic build yet the build quality of the phone is pretty good. It is a compact phone with nice grip. 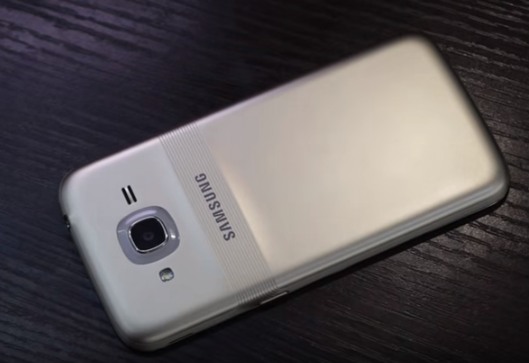 The Galaxy J2 2016 features a 5-inch HD Super AMOLED display with resolution of 1280×720 pixels. It comes with a larger display with more screen resolution compared to the predecessor. The display of Galaxy J2 2016 is bright and has good viewing angles. It’s AMOLED panel offers vibrant color output. The sunlight visibility of the phone is also good.

One downside is that, like the predecessor, there is no auto brightness feature. Users will have to adjust the brightness manually using the slider. However, there is an outdoor mode option that increases the brightness of the phone for 15 minutes or until the screen is turned off. 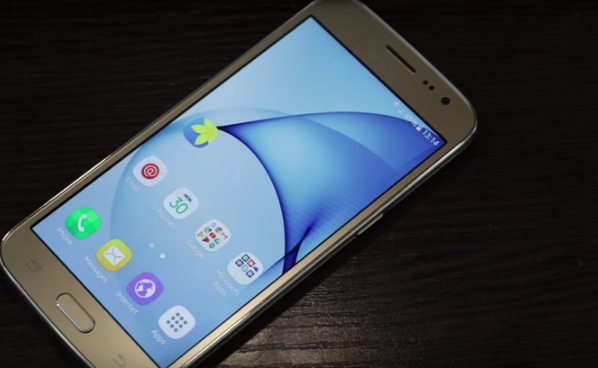 The J2 2016 sports an 8 mega pixel auto focus rear camera with LED flash and a 5 mega pixel front facing camera. The UI of the camera app is clean and simple. There is a quick launch option for launching the camera app by pressing the home button twice. There is a Rear cam selfie feature which lets users capture selfies using the rear camera. The smart glow ring on the rear will glow to provide you visual clues. It will direct you to move the phone to left or right for positioning your face properly to capture selfies. We tried this feature and we found it to be pretty accurate in positioning our face properly to get decent selfies. Images taken with both front and rear cameras are decent and you can expect some amount of graininess. Low light shots don’t impress much. Overall, image quality is about average for the price. 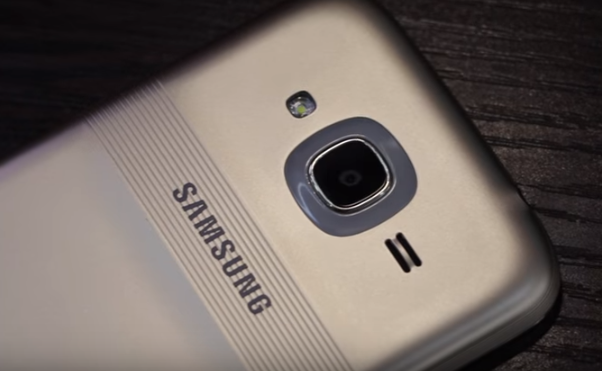 The Galaxy J2 2016 packs a 1.5GHz quad-core Spreadtrum SC7731 processor paired with Mali-400 GPU and 1.5GB of RAM. It houses 8GB of inbuilt memory which can be further expanded up to 128GB using microSD card. This phone got a score of around 25,000 points on AnTuTu benchmarks. We played a few games on this device and found its gaming performance to be weak. While playing moderate to heavy games, we experienced lags and stutters. It is not a performance oriented phone and is not recommended if you are a heavy gamer. But it is suitable for light users for day to day usage. 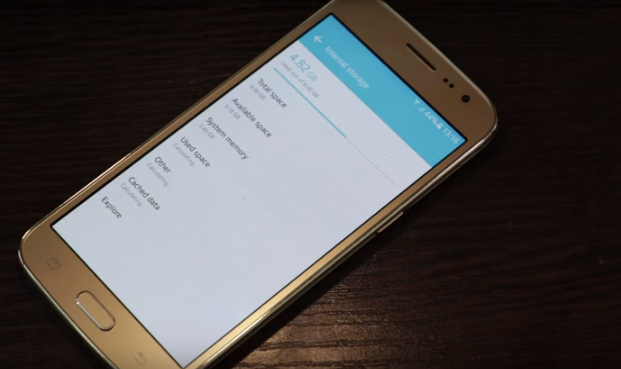 The device is fueled by a 2600mAh battery which survives for a day on moderate usage. It features power saving mode and ultra power saving mode for extending the battery life. The smart glow feature has a role to play in battery department as well. It will alert you by glowing when the battery power of the phone goes to as low as 20%.

It runs Android 6.0.1 Marshmallow operating system and the interface is smooth and responsive. It features Turbo Speed technology which according to the company, optimizes the inbuilt apps of the phone to deliver smooth performance. It enhances the performance of the phone by using the least amount of resources to complete a particular task in the fastest time. It is said to loads apps up to 40% faster than devices with double the RAM.

The app tray has been redesigned and it features Vertical Scroll navigation that users browse apps seamlessly. You can launch the dialer and camera easily from the lock screen. The drop-down notification bar has several toggles and lets you customize the row accordingly. It also has brightness slider with a toggle for outdoor. 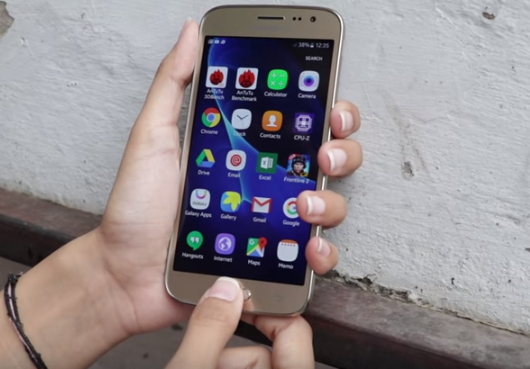 The Ultra data saving mode compresses cellular data across all contents such as videos, photos, media, almost all apps and websites. It also comes with an S Bike mode that turns the phone into a bikers phone to avoid distraction. It avoids distraction of the bikers due to incoming calls and helps them to concentrate on the road. 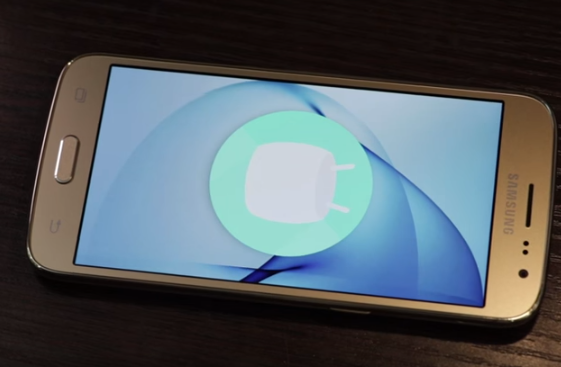 It carries a price tag of Rs. 9,750 and can be grabbed from both online and offline stores.

The Galaxy J2 2016 brings a lot of upgrades and improvements over its predecessor. It is a decent budget smartphone with price tag of less than Rs. 10,000. It comes with a vibrant sAMOLED display, offers good battery life and has 4G VoLTE support but it lacks auto brightness adjustment feature. It does come with a lot of interesting features like Ultra data saving mode, Smart Glow Ring, Turbo Speed technology and Rear-cam selfie but it is not very performance oriented. It is suitable for light users for day to day usage.