Samsung has expanded its wearables portfolio with the launch of three new Gear S2 variants in India along with a whole new set of applications & dial faces. 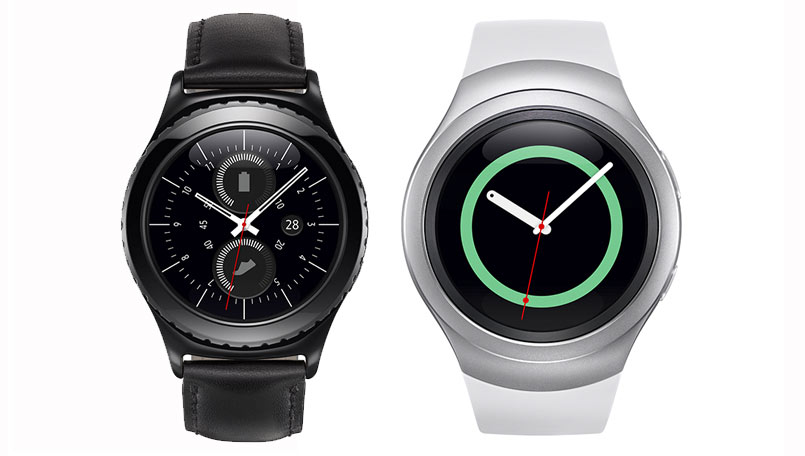 Samsung has also announced a new set of applications for the smartwatch. The Uber for Gear app, for instance, enables users to locate, request and confirm cabs conveniently using the smartwatch. The G’Night sleep tracking app analyses user’s sleep cycles and ensures that they wake up in the most active and fresh state. The reminder specialist My Notes in Gear and YouTube browsing app Xenozu along with a host of new games such as Hextris, classic car racing Vroom Rider and hangman have also been added.

The Gear S2 smartwatch is powered by a 1GHz dual-core processor coupled with 512MB of RAM and runs Tizen based wearable platform. It features a 1.2-inch Super AMOLED circular display with 360×360 pixels resolution and a rotating bezel. There is 4GB of inbuilt memory onboard. Backed up by a 250mAh battery, it is claimed to survive for up to 2-3 days on single charge.

Connectivity options include  Wi-Fi, Bluetooth and NFC. The smartwatch also flaunts its IP68 certification for resistance against water and dust. It comes preloaded with accelerometer, gyroscope, barometer, ambient light sensor and heart rate sensor. The Gear S2 measures 42.3×49.8×11.4mm and weighs 47 grams while the Gear S2 Classic measures 39.9×43.6×11.4mm and weighs 42 grams. The Samsung Gear S2 will be available in dark gray case with a dark grey band and silver case with sporty band while the Samsung Gear S2 classic will be available in black case with leather band.