Sony has launched a new mid-range mirrorless camera in India. The Sony A6400 is being touted to sport the world’s fastest AI-powered autofocus. Highlights include a 24.2-megapixel Exmor APS-C sensor and 4K video recording at 30fps. Additionally, ‘real-time eye AF’ works with multiple subjects. Read more to find about Sony A6400 Mirrorless Camera Price in India, Specifications, and Features 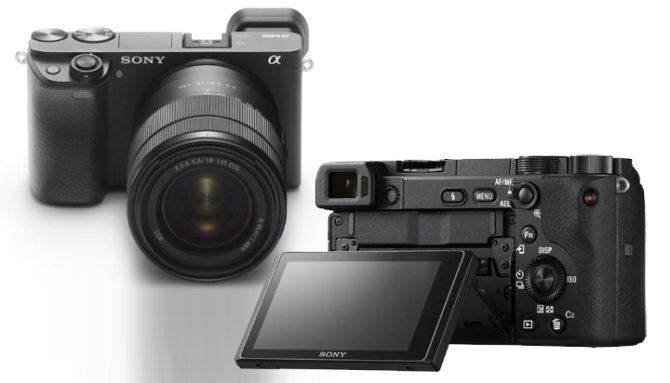 The Sony A6400 can shoot in extremely low light conditions. It comes with a light sensitivity of ISO 32,000 or an expanded ISO of 102,400. Continuous autofocus and auto-exposure tracking work in the high-speed continuous mode.

The compact mirrorless camera also has real-time eye AF and subject tracking features. It uses AI to continuously detect the subject’s eyes (including animals). It works with multiple subjects and keeps everyone in the frame in focus. You can also manually select the eyes you want to track. Real-time subject tracking also detects depth, color, pattern, etc.

The Sony A6400 sports a new 24.2-megapixel Exmor Advanced Photo System type-C (APS-C) sensor with the company’s new Bionz X image processor. You can shoot pictures at 11fps when using the mechanical shutter (up to 8fps when shooting in the silent mode). The camera allows you to capture up to 116 JPEG images or 46 in uncompressed RAW format.

The Sony A6400 is aimed at online content creators, specifically vloggers. The new camera is the successor to the company’s A5100 mirrorless camera. It comes with pretty decent upgrades like the AI-powered eye and subject tracking. Sony also plans to bring the new feature (along with animal eye AF tracking features) to its higher-end models such as the A9, A7R, and A7 III.

What do you think of the new mid-range camera? Will you pick up the Sony A6400 Mirrorless Camera? Share with us in the comments section below.