Xiaomi launched its Redmi Note 4 smartphone in China in August 2016. Now the company has unveiled its upgraded variant in China, dubbed the Xiaomi Redmi Note 4X. Xiaomi has revealed only a few key specifications of the phone. Full specifications and pricing details are likely to be announced before Valentines Day (February 14) which is when it goes on sale in China. 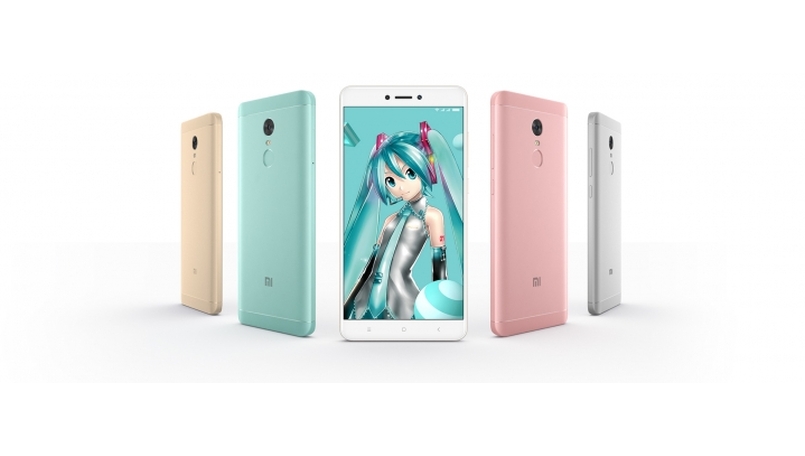 As for specifications, the Redmi Note 4X packs a Snapdragon 625 chipset. It features a 5.5-inch full HD 2.5D curved glass display with a resolution of 1280×720 pixels. On the camera front, the smartphone sports a 13 mega pixel primary camera on the back. There is also a 5 mega pixel front facing camera for capturing selfies and making video calls. Fueled by a 4100mAh battery, the handset features a fingerprint sensor on the back.

On design front, the Redmi Note 4X flaunts its metal unibody design just like its predecessor. Xiaomi has also unveiled a Hatsune Miku Special Edition of the phone.

To recall, the Xiaomi Redmi Note 4 was launched in India in January 2017. It comes with Qualcomm Snapdragon 625 processor coupled with Adreno 506 GPU. Other specifications include a 5.5-inch full HD display, 13 mega pixel rear camera, 5 mega pixel front camera and a 4100mAh battery.

There is no word on price of the Xiaomi Redmi Note 4X as of now. We should know the details before it goes on sale in China on February 14, 2017. It will be available in Champagne Gold, Platinum Silver Grey, Cherry Powder and Matte Black color options.