Domestic handset manufacturer, Zen Mobile has launched a new smartphone, called the Zen Cinemax 3. Under the hood, the handset is powered by a 1.3GHz quad-core processor paired with 2GB of RAM. Running Android 5.1.1 Lollipop operating system, it features a 5.5-inch FWVGA display with 854×480 pixels resolution. 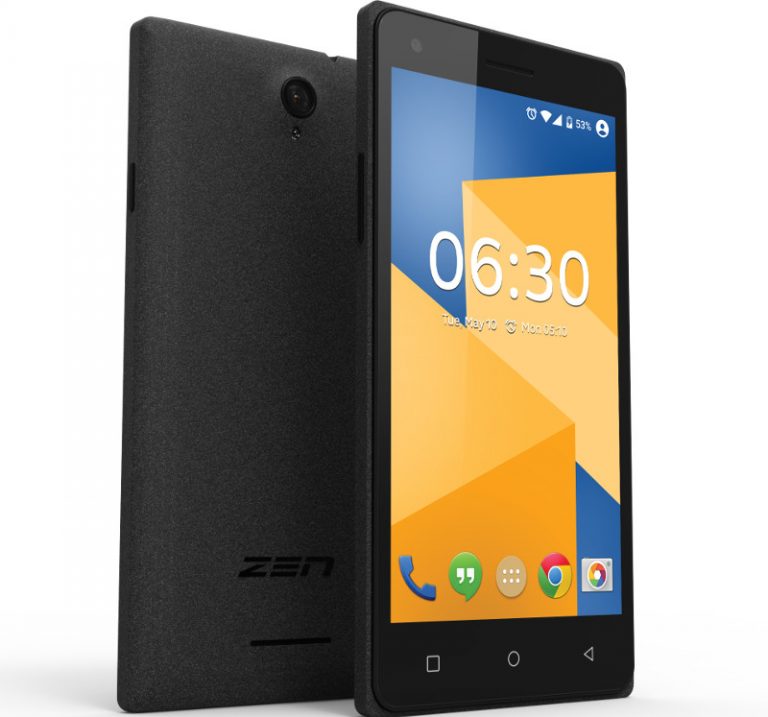 Coming to the camera department, the Cinemax 3 sports a 5 mega pixel primary camera with LED flash while there is also a 3.2 mega pixel front facing camera for capturing selfies and making video calls. The phone houses 16GB of internal memory which can be expanded up to 32GB via microSD card. It is fueled by a 2900mAh battery which is claimed to deliver up to 30 hours of talk time. Connectivity options include 3G, Wi-Fi, Bluetooth 4.0 and GPS. It does not support 4G LTE which is certainly a downside as there are many smartphone in the same price range that offer 4G support.  .

It comes with some inbuilt features like auto call recorder, flip to mute and SOS that enables users to send their location details to five pre-set numbers, in case of emergency. The device also comes pre-loaded with several apps such as NexGenTV, Saavn and Zen Care.

The Zen Cinemax 3 is priced at Rs. 5,499 and will be available through offline and online stores in Sandstone Black color option. Customers will get a protective case and screen guard worth Rs. 499 for free along with the phone.

“Zen Cinemax 3 is designed to provide best in class experience to the users by combining quad core processor power, powerful 2900 mAh battery all into one device. The device is loaded with various smart features at an affordable price that provides seamless experience,” said Sanjay Kalirona, CEO, Zen Mobile.