ZTE has launched its new budget friendly smartphone ZTE Q519T in its home market China. Besides its lower price, the handset comes with great specs to entice the buyers. Striking feature of this phone is its 4000mAh battery which is rated to deliver up to 35 days of standby time. It also comes with OTG reverse charging feature and three power-saving modes.

Under the hood, the dual-SIM handset is powered by a 1GHz quad-core processor paired with Mali T720MP1 GPU and 1 GB of RAM. Running Android 5.0 Lollipop operating system, the handset features a 5-inch HD display with 1280×720 pixels resolution. On imaging front, it sports a 5 mega pixel rear camera with LED flash and a 2 mega pixel front facing camera. 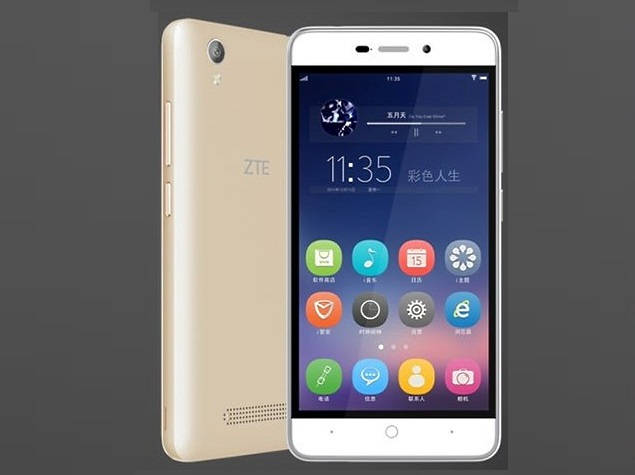 There is 8GB of inbuilt storage which is expandable up to 32GB via microSD card. Connectivity options include 3G, Wi-Fi, Bluetooth, GPRS/EDGE and Micro-USB. It will be available in Gold, White and Blue color options.

Features and Specifications of ZTE Q519T

ZTE also launched its Nubia Z9 Mini smartphone in India for Rs. 16,999. It is available to buy exclusively from Amazon India. As for specifications, the handset is powered by an octa-core Qualcomm Snapdragon 615 processor paired with 2GB of RAM. It features a 5-inch full HD display and runs Android 5.0 operating system wrapped under nubia UI 2.8. Other specifications of the phone include 16GB inbuilt memory, 16 mega pixel rear camera with LED flash, 8 mega pixel front facing camera and a 2900mAh battery.

The ZTE Q519T is priced at $95 (roughly Rs. 6,000) and will be available to buy in China. There is no word on availability and pricing details of the handsets in  markets outside China.