Apple is planning to launch a cheaper version of its latest iPad. Apparently, the Cupertino giant is working on a new 9.7-inch iPad. It is expected to feature a similar design as the 2017 9.7-inch iPad. It will feature tweaked specs and features. Read more to find about 9.7-inch Apple iPad Price in India, Specifications, and Features 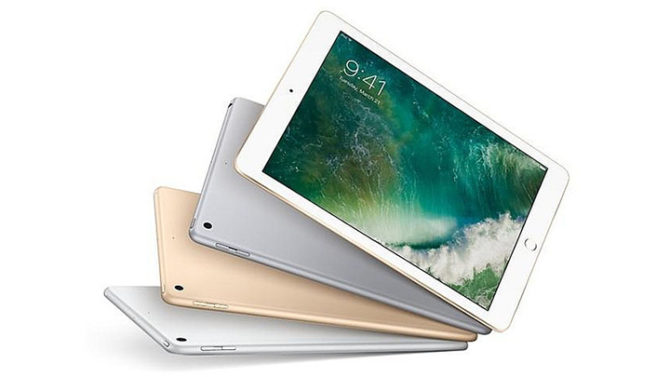 The new iPad is expected to be launched in the second half of 2018. It will be manufactured by Apple supplier Compal Electronics. Apple will have to compete with the more affordable Android tablets in the market. The Apple iPad (2017) Wi-Fi is priced in India at Rs 24,268.

The new model is expected to be a toned down version of the current iPad. It is expected to feature a similar design and cameras as the current model. The 2017 9.7-inch Apple iPad sports a 9.7-inch display with a resolution 2048 x 1536 pixels and pixel density of 264ppi. It comes with 32GB of internal storage (non-expandable). On the camera front, the Apple tablet sports an 8-megapixel rear camera on the rear and a 1.2-megapixel front camera.

While a cheaper iPad is good news for Apple fanboys, the above news should be taken with a pinch of salt. Apple is yet to confirm the news about the upcoming device. Are you excited about an affordable iPad? Let us know in the comments section below.