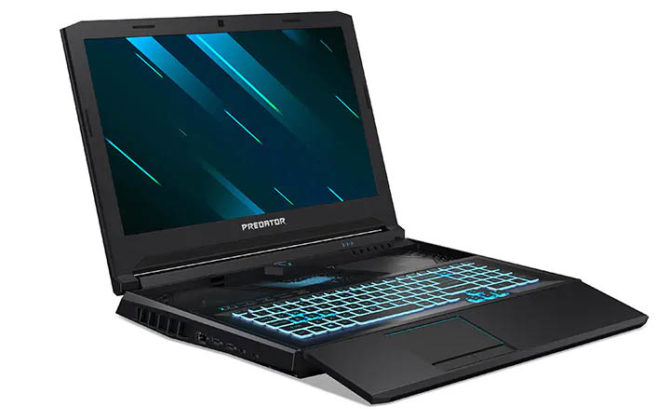 The Acer Predator Helios 700 comes with a starting price of $2,700 (approx Rs 1,87,800). It will be available in the US from this month onwards. As of now, there is no information about the Indian price or launch date.

The new gaming laptop is powered by up to a 9th generation Intel Core i9 processor and up to 64GB DDR4 RAM. For graphics, you can choose from Nvidia GeForce RTX 2080 or RTX 2070 GPU.

The redesigned model features teal blue accents and a new keyboard with ‘Predator’ fonts. It is powered by up to a 9th generation Intel Core i7 processor, up to an Nvidia GeForce RTX 2070 (with Max-Q graphics card), up to 32GB of RAM, and up to two PCIe NVMe SSDs in RAID 0.

What do you think of the new Acer gaming laptop? Share your views with us in the comments section below.