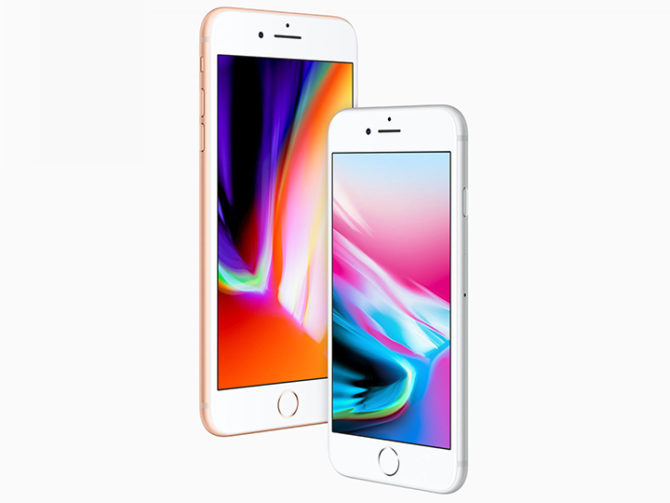 The Apple iPhone 8 and iPhone 8 Plus are powered by A11 Bionic six-core processors and improved GPU (30 percent more efficient than last year’s models). Apple claims that the processor and GPU can perform complex tasks at much faster rate. Both the new models support Qi wireless inductive charging that allows you to charge your smartphone without plugging in a cable.

Apple claims that the new iPhone models come with improved cameras. Even though the iPhone 8 and iPhone 8 Plus still feature a 12-megapixel and Dual 12-megapixel camera sensors, photos will have better details and texture. Both new models can shoot full HD (1080p) videos at 240 frames per second. There is also a 7-megapixel front camera on both models.

Also read: Xiaomi Mi MIX 2 Set to Launch in India Soon – All You Need To Know

While the Apple devices still enjoy a huge following, the iPhone models have lost their charm over last few years. Innovative and more affordable offerings by Chinese manufacturers like Xiaomi and OnePlus have affected the popularity of expensive devices by Apple and Samsung. While many iPhone clones are present in the market at a cheaper price, the new iPhone 8 and iPhone 8 Plus might find it hard to attract eyeballs without any standout feature. With iPhone X being the flagship offering by Apple this year, we will have to wait and see how the two new models perform.