Samsung has moved past last year’s Galaxy Note 7 fiasco. The new Samsung Galaxy Note 8 smartphone is here. It comes with a dual-lens camera and smaller battery. Several Note 7 devices caught fire last year because of defective battery units. Samsung claims that the new handset comes with more physical battery protection. The Note 8 launch is the company’s way of telling the world that it has learned its lesson. Not a single Samsung Galaxy S8 unit has exploded yet, which is encouraging. The Note 8 will take on the Apple behemoth that is the iPhone 8 (alleged). Read more to know about the Samsung Note 8 price in India, Specifications, and Features 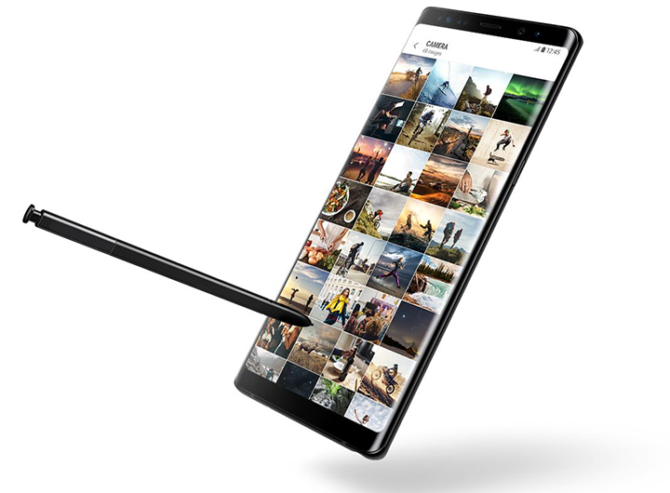 The Samsung Galaxy Note 8 has been launched in India at a price of Rs 67,900. Users can get Rs 4,000 cash back for purchases made via HDFC Bank credit card. Apparently, the large-screen device has already received 2.5 lakh registrations on Amazon India and the official Samsung website.

This coincides with the Apple iPhone 8’s launch (or iPhone X’s launch, for that matter) in the US. The Galaxy Note 8 is priced in the US at $950.

The Note 8 is one of the most expensive smartphones in the market. The iPhone 7 and the Galaxy S8 are priced at $650 and $750, respectively. Samsung’s Note phones tend to be niche products aimed at people who use their phones more than the average consumer.

As the much-awaited Apple iPhone 8 is coming on September 12, a delay in the Note 8 launch would have hurt this phone’s chances of selling in big numbers. A prior launch will help it a ton as well as earn Samsung some cash it lost on Note 7 recalls. The new Galaxy Note 8 will be available in the Indian market before next Apple iPhone arrives.

Another reason for an earlier launch might be low Galaxy S8 sales. As per new reports, the flagship device is selling 20 percent less than its predecessor. The success of Note 8 will help the other Samsung devices (including S8) as well.

The Samsung Galaxy Note 8 is backed by a smaller 3,330mAh battery, compared to the 3,500 mAh on the Note 7. It supports USB Type C-based quick charging and fast wireless charging.

Also Read: All About LG V30

The Samsung Galaxy Note 8 moves past the Galaxy S8 and S8 Plus in terms of screen-to-body ratio. It retains the 2:1 Infinity Display (introduced on Galaxy S8 and Galaxy S8+) with a narrow top and bottom bezels with no side edges. The Galaxy Note 8 measures 162.5 x 74.8 x 8.6mm and weighs 195grams. It comes in Midnight Black, Maple Gold, Deep Ocean Blue and Orchid Grey color options.

The single SIM (GSM) smartphone runs Android 7.1.1 Nougat operating system with Samsung’s custom TouchWiz UI. The Bixby assistant can be accessed via the smartphone’s dedicated Bixby button on the side. The new handset comes with IP68 resistance against water and dust. Users will get free premium earbuds from Samsung’s AKG brand. Connectivity options include Wi-Fi, GPS, Bluetooth, NFC, USB OTG, 3G, and 4G.

The Galaxy Note 8 comes with the ability to unlock phones with a fingerprint sensor. It also comes with an iris scanner and facial recognition for biometric security. Other sensors on the device include Compass Magnetometer, Proximity sensor, Accelerometer, Ambient light sensor, Gyroscope, and Barometer. The home button is also pressure-sensitive.

Also read: Samsung Galaxy On Max Launched – All You Need To Know

Following the tradition of Note series, the new Samsung handset comes with an improved stylus. It comes with a ‘Screen Off Memo’ feature that lets users write notes on the phone’s lock screen (up to 100). Also, an ability to handwrite text messages (Live Message) has been added. These messages are sent as animated GIF files.

The new S Pen also comes with a new set of features such as full-sentence language translation and currency conversion. The handset has a dedicated slot at the bottom for the S Pen stylus.

The Samsung Galaxy Note 8 is a super-premium device which can help the company regain its market share. However, Apple is expected to release its next iPhone next month. With many big-entries on the cards, it will be interesting to see Note 8’s performance. Can the new handset take on the flagship segment? Only time will tell.