Asus is reportedly working on its ZenPad series of tablets which is likely to be unveiled at Computex in Taiwan between June 2nd to June 5th. The company is expected to launch two variants of the ZenPad. One with 8-inch display and 2048×1536 pixel resolution and other with 7-inch display and 1024×640 pixels resolution. Ausdroid has posted render images of ZenPad with 4:3 screen aspect ratio. Though both variants are likely to come with 4:3 aspect ratio, the image looks more like the 8-inch model. The tablets are also rumored to feature dual frontal stereo speakers.

Render images confirm that the tablet will sport a microSD card slot, power button, camera on both front and rear ends, volume rocker alongside Intel logo on the rear. 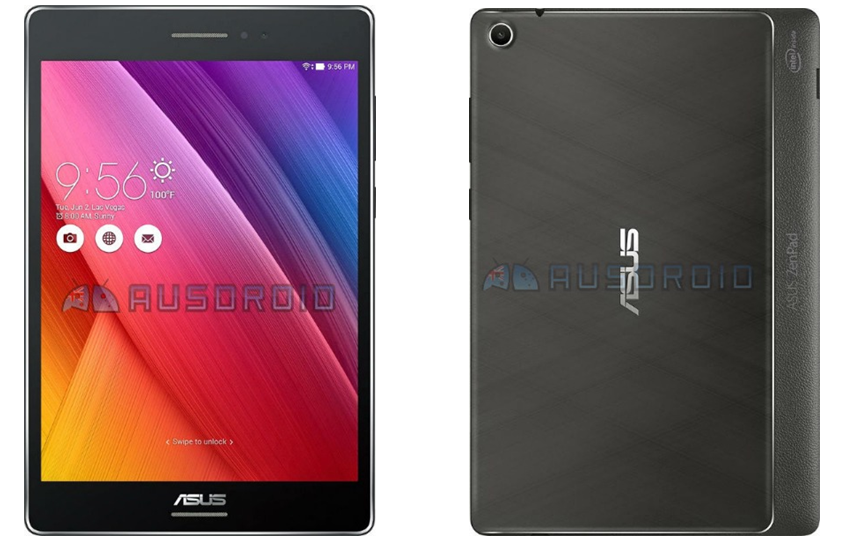 The rear of the tablet looks quite different from regular tablets. The purported renders of Asus ZenPad reveal a layered design at the back. The lower layer has a leather finish, perhaps for better grip while the upper layer looks made up of plastic.

As for specifications, what we have learnt from rumors so far, the 7-inch variant will be powered by an Intel Atom X3 processor paired with 1GB of RAM. It will also come with a 2 mega pixel rear camera, VGA front facing camera, two storage variants-8GB/16GB and a 3950mAh battery.

The 8-inch model will be powered by an Intel Atom Z3560/Z3530 processor coupled with 2GB of RAM. Other specifications of this tablet remain the same as 7-inch tablet except wider choice of storage variants- 8GB/16GB/32GB/64GB. It is rumored to sport a 2 mega pixel rear camera and a VGA front shooter.

Rest of the details are likely to be unveiled at the Computex event in June. Stay tuned with us for more developments on this story!