It looks like after Apple and Samsung now other brands are also following the same step of selling their high end smartphones in India. The goal of this schemes is to reach to the middle class family of India. So one can buy a high end smartphone without any Burdon on his pocket . This time BlackBerry comes out with EMI scheme on its high end phones Z10 and entry level smartphone curve 9220. One need a credit card to buy these phones. This scheme is only available on selected banks like Axis Bank, Citibank, HDFC bank, HSBC, ICICI Bank, Kotak, State Bank of India, and Standard Chartered bank. And according to the company these plans will be rolled out in 3000 BlackBerry outlets across the country by this weekend. 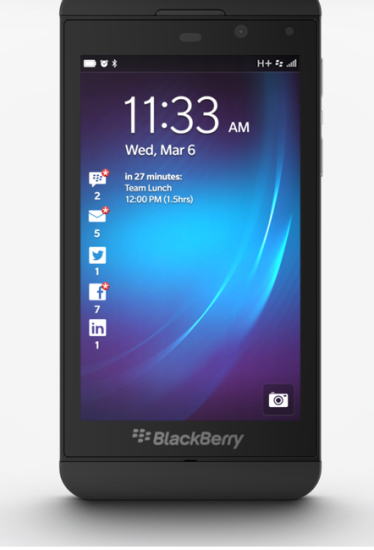 Talking about specifications Z10 is company’s flagship device that was launched recently. It runs on brand new Operating system BlackBerry 10.

On the other hand, BlackBerry curve 9220 is company’s cheapest smartphone offering qwerty keypad, and it runs on BlackBerry 7 OS.

BlackBerry also tied up with IDEA cellular to provide its user cheap internet access. This plan is available in 8 regions of the country. The eight regions are Mumbai, Delhi, Kolkata, Chennai, Maharashtra, Karnataka, Gujarat and Andhra Pradesh. According to this plan a user will get 1GB per month data at just Rs. 999 per year.