The BQ Aquaris E4.5 Ubuntu Edition which was announced in February 2015 is now available to buy in Europe through company’s online store. It can be grabbed through BQ.com for 169.90 Euros (approximately Rs. 11,300). The highlight of this handset is that it is the first handset running Canonical’s Ubuntu operating system. There is no word on availability of the handset in regions outside Europe. Read on to find detailed information on features and specifications of Ubuntu based Aquaris E4.5 phone. World’s first Ubuntu based smartphone, BQ Aquaris E4.5 Ubuntu Edition is going to launch next week in Europe. This smartphone is essentially the refreshed variant of existing Aquaris E4.5 smartphone (running on Android 4.4) manufactured by BQ, with a difference that the new variant runs on Canonical’s Ubuntu operating system. The device will go on sale through online flash sales. 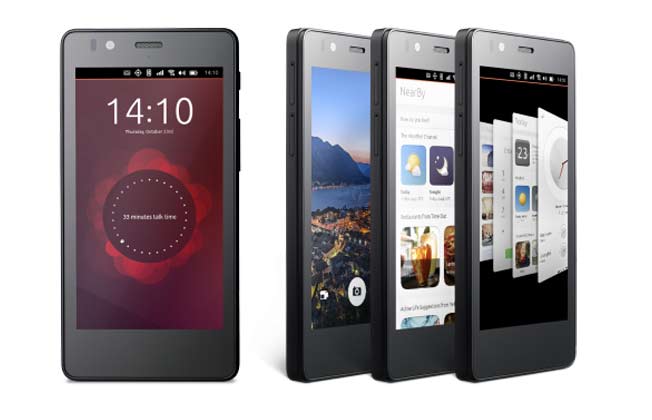 The dual-SIM Aquaris E4.5 Ubuntu Edition smartphone is powered by 1.3 GHz Quad-Core MediaTek Cortex A-7 operating system coupled with 1 GB of RAM. It runs on Ubuntu operating system which is also the highlight of this device. The handset features a 4.5 inch qHD display with 960 x 540 pixels resolution. On imaging front, it sports an 8 mega pixel auto focus rear camera with dual flash, BSI sensors and Largan lens. The handset also comes with a 5 mega pixel front facing camera on board. For storage purpose, it houses 8 GB of internal storage which is expandable via microSD card.

“The launch of the first Ubuntu smartphones is a significant milestone. The new experience we deliver for users, as well as the opportunities for differentiation for manufacturers and operators, are a compelling and much-needed change from what is available today. We’re excited that a rising star like BQ has recognised this opportunity and is helping us make it a reality,” said, Jane Silber, CEO at Canonical.

“Ubuntu is a totally different concept in mobile operating systems and we are proud of the fact that our customers will get to enjoy it before anyone else in the world. At BQ we support diversity in operating systems because it brings positive benefits for the technology sector and also for the user, who has the freedom to choose,” said, Alberto Mendez, CEO at BQ.

The BQ Aquaris E4.5 Ubuntu Edition smartphone is priced at 169.69 Euros (Rs 11,300 approximately) and is available for sale in Europe through BQ.com. There is no word on availability of the handset outside Europe. Stay tuned with us for more updates!