Celkon has listed a new smartphone-Celkon Campus A355 on its official website. Under the hood, it is powered by a single core processor (unknown chipset) clocked at 1GHz alongside 256MB of RAM. Running Android 4.4.2 KitKat operating system, it features a 3.5-inch HVGA display with 480×320 pixels resolution.

The Campus A355 sports a 2 mega pixel rear camera with dual-LED flash and a 0.3 mega pixel front facing camera. There is 512MB of inbuilt storage on board which is expandable up to 32GB via microSD card. Backed up by a 1200mAh battery, it measures 115.3×63.3×10.15mm, weighs 98 grams and is listed in Blue, Red, White and Yellow colour options. It offers 3G, Wi-Fi, Bluetooth, GPRS/EDGE and Micro-USB as connectivity options. 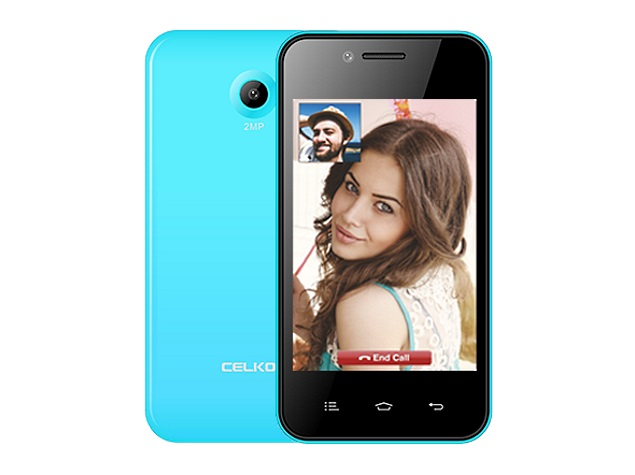 Features and Specifications of Celkon Campus A355

Celkon also launched its Millennia Q452 smartphone for Rs. 4,299 last week. It is powered by a 1.2GHz quad-core processor paired with 512MB of RAM. It runs Android 4.4.2 operating system and features a 4.5-inch FWVGA IPS display. The Millennia Q452 sports a 3.2 mega pixel rear camera with LED flash, a front facing camera and houses 8GB of inbuilt storage which is expandable up to 32GB via microSD card. It is backed up by a 1500mAh battery and offers dual-SIM support, 3G, Wi-Fi and Bluetooth as connectivity options. The handset also comes with Swift key keyboard with support for 81 languages.

The pricing and availability details of Celkon Campus A355 are not known as of now. We expect to hear from the company about the same in the coming days. Stay tuned with us for more developments on this story!