Celkon has expanded its Millennia series with the launch of Celkon Millennia Q452 smartphone. It is powered by a 1.2GHz quad-core processor paired with 512MB of RAM. Running 4.4.2 KitKat operating system, it features a 4.5-inch FWVGA IPS display.

The Celkon Millennia Q452 sports a 3.2 mega pixel rear camera with LED flash and there is also a front facing camera onboard for making video calls. It comes with 8GB of inbuilt storage which is expandable up to 32GB via microSD card. Backed up by a 1500mAh battery, the handset offers 3G, Wi-Fi and Bluetooth as connectivity options. The phone comes pre-loaded with G-sensor and Swift key keyboard with support for 81 languages. 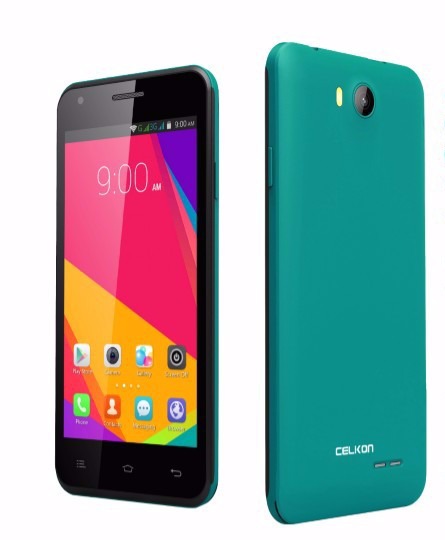 Celkon also launched its Campus Q405 phone last month for Rs. 3,199 with nearly similar specs as the Celkon Millennia Q452. It comes with 1.2GHz quad-core processor alongside 512MB of RAM. The handset runs Android 4.4.2 KitKat operating system paired with 512MB of RAM. It sports a 4-inch WVGA IPS display with 800×480 pixels resolution. There is a 3.2 mega pixel rear camera with LED flash and a 1.3 mega pixel front facing camera. Other specifications include 4GB inbuilt memory (expandable up to 32GB via microSD card) and 1500mAh battery. It measures 124×64.2×9.9mm and weighs 137 grams. The dual-SIM phone offers 3G, Wi-Fi 802.11 b/g/n, Bluetooth, GPS and Micro-USB as connectivity options.