Celkon has launched its new smartphone dubbed the Celkon Campus A359 in India. Under the hood, the dual-SIM Campus A359 is powered by a 1GHz single-core Spreadtrum (SC7715) processor paired with 256MB of RAM and runs  Android 4.4.2 KitKat operating system. It features a 3.5-inch HVGA display with 480×320 pixels resolution. There is 512MB of internal memory which is expandable up to 32GB via microSD card.

On photography front, it sports a 2 mega pixel rear camera with LED flash but misses out on front facing camera. There is no secondary camera on this device. Connectivity options include 3G, Wi-Fi 802.11 b/g/n, Bluetooth, GPRS/EDGE and Micro-USB options. 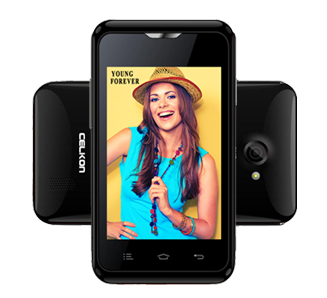 Features and Specifications of Celkon Campus A359

Celkon also launched its Campus A518 smartphone at Rs. 4,500 last month. Under the hood, the handset is powered by a 1GHz single-core processor paired with 512MB of RAM. Running Android 4.4.2 KitKat operating system, it features a 5-inch FWVGA IPS display with 854×480 pixel resolutions. Other specifications of the device include 4 GB of inbuilt storage (expandable up to 32 GB via microSD card), 3.2 mega pixel rear camera with LED flash, 1.3 mega pixel front facing camera and 2000 mAh battery. It measures 145x73x9.75 mm in dimensions and offers 3G, Wif-Fi, Bluetooth, GPRS/ EDGE and Micro-USB as connectivity options.

Priced at Rs. 2,350, the Celkon Campus A359 is available to buy exclusively from Homeshop18.com.