Dell has launched its Dell Venue 8 7000 series in India. With thickness of mere 6mm, the Venue 8 7840 is touted as ‘World’s Thinnest Tablet.’

Under the hood, the tablet is powered by a 2.3 GHz quad-core Intel Atom Z3580 processor paired with PowerVR G6430 GPU and 2GB of RAM. Running Android 5.0 operating system, it features an 8.4-inch Quad-HD OLED (2560 x 1600 pixels resolution) display. On camera front, it comes with an 8 mega pixel rear camera with Intel RealSense Snapshot Depth Camera and a 2 mega pixel front facing camera. Backed up by a 5670mAh battery, the tablet will come in two variants- 16GB/32GB (both expandable via microSD card). 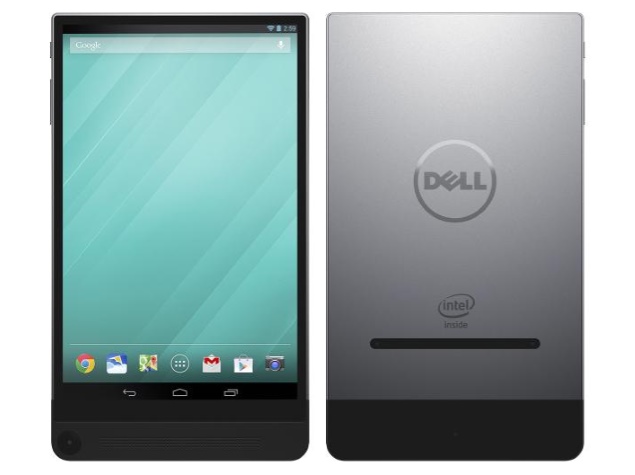 Dubbed as the ‘World’s Thinnest Tablet’, Dell Venue 8 7840 tablet is now available in US. Dell has launched this tablet in its Dell 7000 series which it announced in 2014. This ‘World’s Slimmest Tablet’ comes with attractive features like depth photography and smart albums. Under the hood, Venue 8 7840 is powered by 2.3 GHz Quad-Core Intel Atom Z3500 series processor with a PowerVR G6430 GPU and 2 GB RAM. It runs on Android 4.4 KitKat operating system and features an 8.4 inch Quad-HD OLED display with 2560 x 1600 pixels resolution.

There are many manufacturers, launching a variety of tablets almost every day. With so much of competition in the tablet market and with most of them available at much affordable, lets see whether Venue 8 7840, ‘World’s Thinnest Tablet’ will be able to lure huge number of buyers with the package of its attractive features or not. It is also not sure till when will this device continue to retain its crown in such a competitive market where every manufacturer is eager to bring the best for the customers.