When Samsung first introduced the Galaxy S2, the 4.3 inch size seemed just too big way back in 2011 but who knew smartphones would one day have a size north of 5 inches. Now that the S4 is about to hit the stores in April end, Samsung has quietly slipped in the refreshed version of its two year old flagship, the Galaxy S2 Plus. The showcased it in India in the first week of April and now it gets a price tag as well.

The S2 Plus will sell for Rs.22,900 as per some online retailers but we expect the prices to come down in near future and the offline stores are expected to sell it at a lower price. The smartphone as the same 4.3 inch screen of 800×480 pixels resolution as the S2 but the changes come in under the hood. The S2 Plus gets a 1.2 GHz dual core Broadcomm processor with a Broadcomm GPU whereas the S2 came with an Exynos processor ticking at 1.2 GHz. 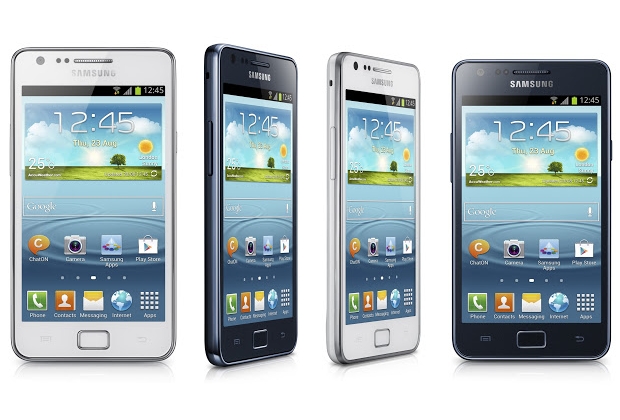 Android 4.1.2 Jelly Bean will be software version it will run on right from the day one. The S2 Plus will have an option to expand the memory by 64 GB and the S2 had the option to do so by 32 GB. Except these changes, the devices are bog similar to each other. The S2 Plus gets a gig of RAM to supplement the very capable processor of the laest refresh. Samsung usually keeps on refreshing its older flagships to keep the sales going.

It will get a 8 megapixel camera at the rear with the front getting a 2 megapixel camera. It gets all the connectivity options in the form of 3G, Wi-Fi, Bluetooth, GPS/A-GPS but misses out on NFC connectivity for India to keep a tab on the costs. It was a very capable device two years ago and it still is. With a newer heart, the appeal of the device just became stronger. The S2 Plus is on sale now and can be all yours for Rs.22,900.