Gionee is hosting an event on February 27 at MWC 2017 in Barcelona, where it is going to take the wraps off its Gionee A1 and A1 Plus smartphones. Ahead of official launch, the specifications and live images of Gionee A1 have surfaced online. The leaked images show the front and rear panels of the phone in full glory and leave nothing to imagination. 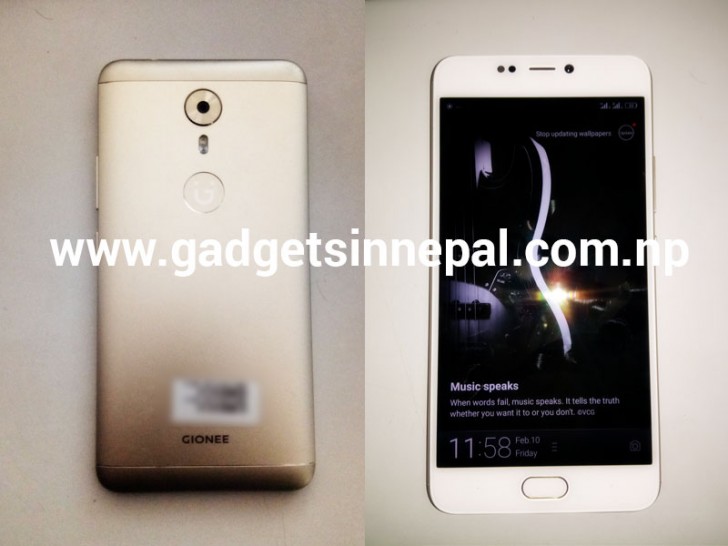 If leaks are to be believed, the Gionee A1 will pack a 1.8GHz octa-core MediaTek processor paired with 4GB of RAM. The phone will feature a 5.5-inch full HD IPS 2.5D curved glass display with 1920×1080 pixels resolution. It will run Android 7.0 Marshmallow operating system wrapped under Amigo OS 3.6.

For storage purpose, it will house 64GB of internal memory and support expandable storage up to 128GB via microSD card. Coming to the camera department, the A1 is likely to be one of the few phones that have higher resolution front camera. For photography lovers, it will sport a 13 mega pixel rear camera with LED flash and a 16 mega pixel front facing camera. Fueled by a 4010mAh battery, it will offer 4G VoLTE, Wi-Fi 802.11 ac/a/b/g/n, Bluetooth 4.1 and GPS as connectivity options. The hybrid dual SIM phone is also said to pack a fingerprint sensor on the back.

As per rumors, the Gionee A1 will carry a price tag of 35999 NPR (approximately Rs. 22,500) and will go on sale in Nepal on March 15. The phone is also said to hit the shelves in India in March 2017. We expect more details to surface as we inch closer to the launch. Stay tuned with us for more developments on this story!